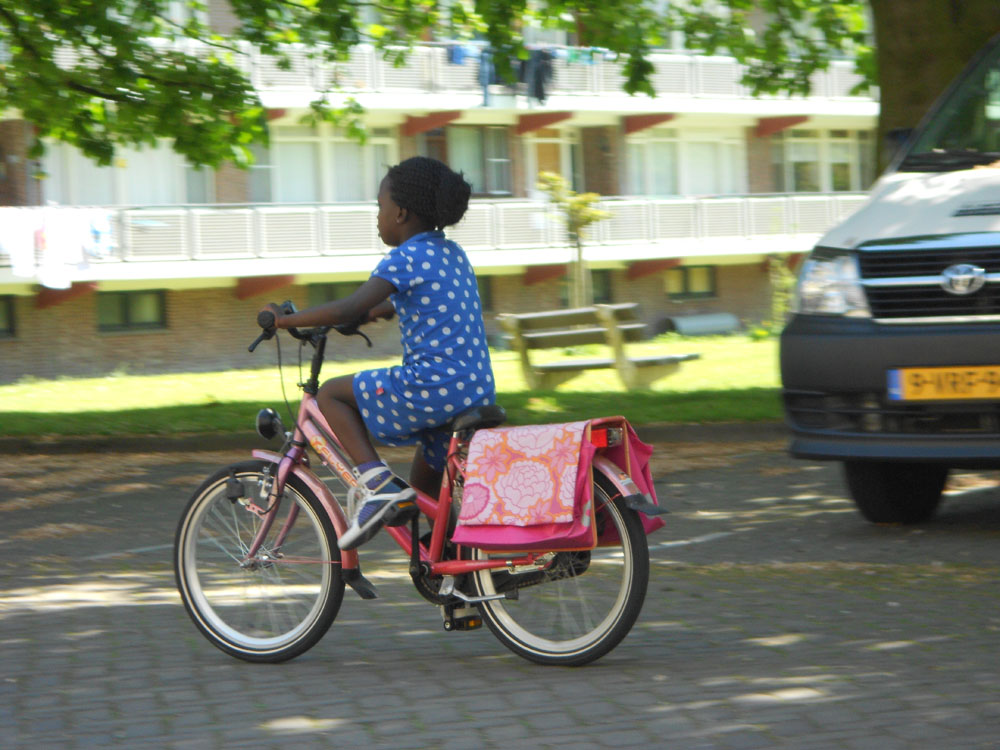 It is 11 o’clock in the evening, I’m sitting in the kitchen and I’m actually still puffing around to start up the computer and to inform everyone again about the ups and downs in the bush. Today the holidays officially started and all the kids are back home again. Gee, they are getting so big. Frank the beard in the throat and Saige expanding nicely We went to the swimming pool to start the holiday and on the way back we were packed together in the car…. For a moment we enjoyed the whole family together.

It’s August again, just read my update from April (so as not to repeat myself), when I was about to go to the Netherlands. It was wonderful to have the girls with me, I felt complete. And it was so nice to be with the three of us for a real moment. Normally in the Netherlands I am in a dip, the disappointment that they couldn’t come again and all the things you don’t have time for. I didn’t shed a tear, well… on the plane I did, to say goodbye to all my dear friends and family, but for the rest I enjoyed it immensely. We are very spoiled and I feel guilty that we have not been able to see everyone. An evening on the couch was not in it. Luckily my parents wanted to be careful in the evening so I could keep up with my social contacts. How wonderful that it was light until 10 o’clock in the evening and all those delicacies in the supermarket…. Babirye and Rosah looked out of their eyes.
They were especially surprised about all those different dogs and that people walked with dogs on a leash, took dogs with them in the car and on their bikes. Every water tap in the toilets was tried at full volume and so many people had a wet floor when the ladies left the toilet. A big button and a small button to flush (here we don’t even have a flush toilet) and so we tried as often as possible. A hot shower/bath every morning, Babirye couldn’t get out of it. The shops where there is a price on every product and where you don’t have to haggle. I am not called after when I walk through the streets and I am not asked 30 times if they are my children and if I say yes, they say “But you can’t be white and they are black”.
Being free, being able to go wherever you want, the ease of living in the Netherlands where everything is arranged and everyone is there for you.

We visited friends in Spain for a few days. As experienced passengers, they boarded and had turbulence! When I thought we were nearing our end, the two ladies slept happily ever after. Fortunately, they are used to travelling in crammed vans where you share your seat with three others and the five of you are on your moped. An hour and a half in the train was peanuts and even when we had to make a drama trip from Antwerp on the last day, with 6 changes of trains in the end, they were still happy (I’m not anymore).

Spain was lovely, sun, sea, beach and friends who like wine and good food. The girls discovered big ice creams and enjoyed all the attention they got. Perhaps the most fantastic thing was the lift in the apartment complex, up and down the stairs, the two of them giggling, they couldn’t get enough of it. Sitting on the beach where Rosah was afraid of every wave and Babi regularly got a sip of saltwater. Just away from the hustle and bustle in the Netherlands although we were not given much rest on the Costa Brava. We saw a lot of people. The Spaniards set up a foundation for us in Spain and many of them are very enthusiastic, so we were dragged from one place to another to network and say hello. After three days of “Ola en Adios” we really said adios and were on the plane back to Hollanda. Grandma happy to have all the stuff back home Piet saw the water bill rise again.

The mornings we slept out, we were tired, later it turned out that this was partly due to the bilharzia we apparently had contracted on our “don’t ever do it again” holiday in December. Abdominal pain and fatigue, didn’t immediately think that the damn larva could do so much damage but it is a persistent thing. When we got back to Uganda we had it tested immediately and we all tested positive, pill and it soon went better. We spoke a lot of Dutch and it was funny to hear the girls talking. In Uganda everyday life went on, Maureen and Sunday had it all under control and we skied regularly. Despite the fact that Holland was lovely we were ready after 6 weeks to wash ourselves in a tub of water, leave the washing machine behind and say hello to all the lovely people who are so good to us for a new year full of adventures in Uganda. Thank you to everyone in the Netherlands who has welcomed us with a warm heart again!
Back in Uganda there is little time to sit still, there is a lot of work to be done. This time 60 adolescents come to have a look in our lives, the community project and the malnourished children project. Friends passing by, animals that need to be taken care of, waiting for decisions to be made, especially a lot of waiting and trying to make everything a bit structured (that is hardly ever done here). Yes, we are back in rhythm. Administration that needs to be updated and which I just don’t get around to at all. Haven’t checked my mail for 3 weeks, just no time… Even though we often say “We have the clock, Africans have the time”.
Now we have a holiday and want to have quality time with the children and be there for them. We have a new descendant and I almost succumbed to another baby in the house.

Veronica is 12 years old, her parents died early and she lived with her grandmother. For the last 4 years we paid her school fees until we found out that her grandmother didn’t live in the house either and Veronica was alone. In consultation with “youth care” she is allowed to live with us, she goes to boarding school and is here during the holidays. Babi totally happy, another sister. She is a sweet girl and does her best at school, she is still a “daughter”.
The baby was only temporary. Sylvia (8 months), was found in December in the bushes by a woman who lives a few villages away. The woman has a pregnant adolescent daughter and two more little boys and yet she took care of this baby despite the fact that they have nothing and I live in a room of 2 by 2 with five of them.
The baby was heavily malnourished so we referred her to the nearest hospital where they stayed for three weeks. In the meantime we brought enough food every week to the family members who stayed behind and we were able to make a deal with someone who wanted to rent out his house. For 70 euros for one year we rented the house for the family with the hope that the woman can join our community project and pay the rent next year with her own earned money. After three weeks Sylvia was completely refurbished and a dot from a child. Unfortunately it has gone downhill again lately and Sylvia was malnourished again. We had her in the house for a few days because the woman herself was not at home and her teenage daughter could not cope with the responsibility of three small children and meanwhile her own (malnourished) baby. Such a cozy baby and especially because she didn’t cry a lot and was just so cute in the little tub that served as maxi cosi. Of course we are very happy that the woman wants to take care of her and that she is growing up in a Ugandan family. At the moment we check daily to see if the food is ready, bring some clothes and food and try to support the family psychologically with a therapist.
There are often a lot of problems in families and then some personal attention, someone who listens to your story and maybe can offer a way out of all this misery is nice.

Yeah… that’s what it was like for now. We just go on and now that the rainy season has arrived we hope to be able to start soon on the land. Starting the ward in the hospital doesn’t go very smoothly and everything takes (of course) a very long time. We just finished the job interviews and hopefully soon we will have motivated and trained staff. Every day is a new adventure and that certainly keeps it exciting…
I will keep you informed. 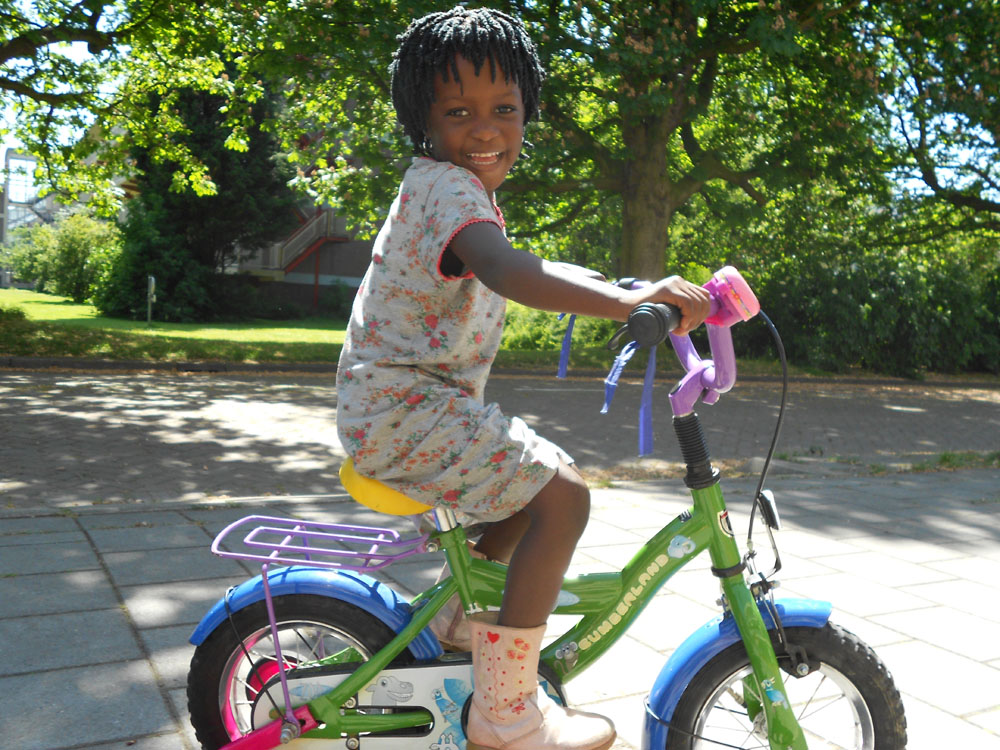 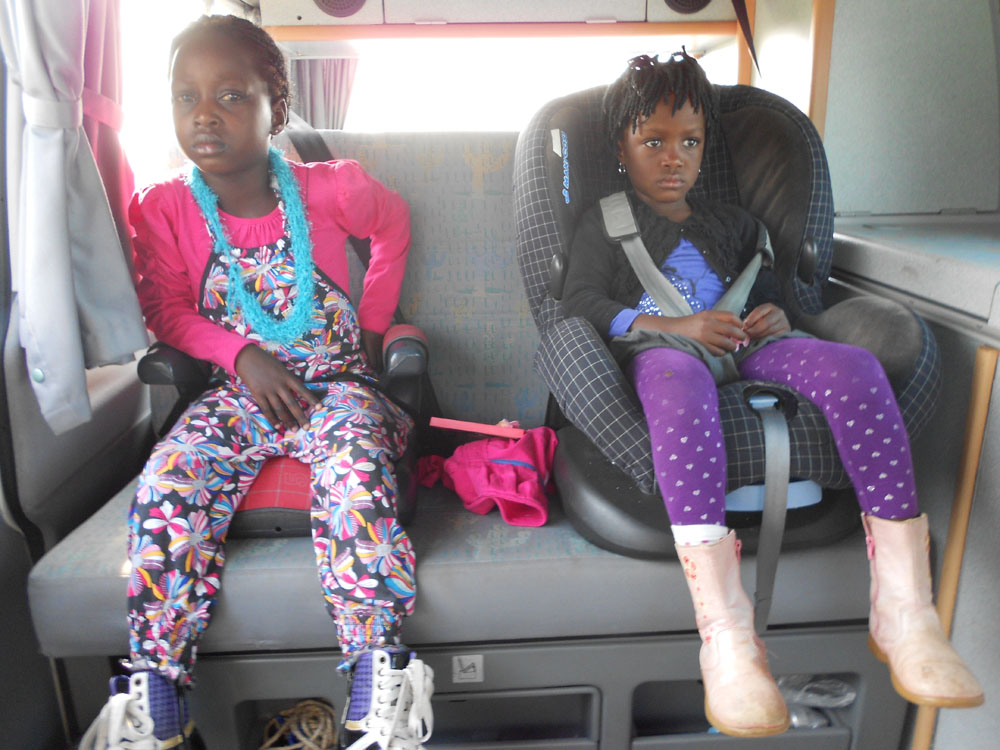 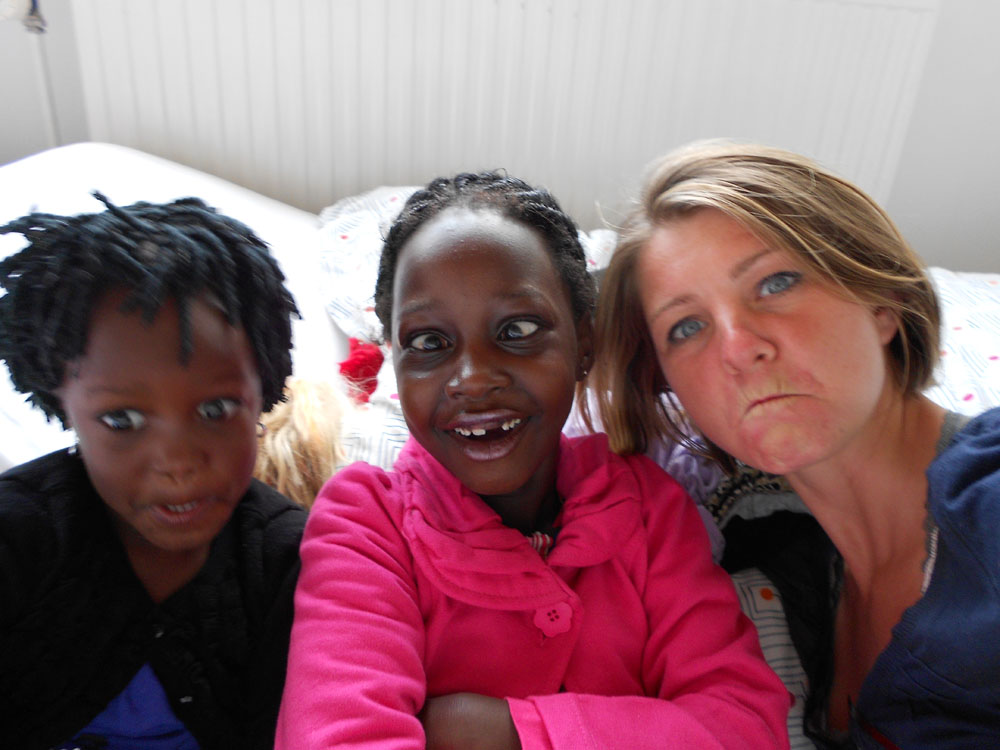 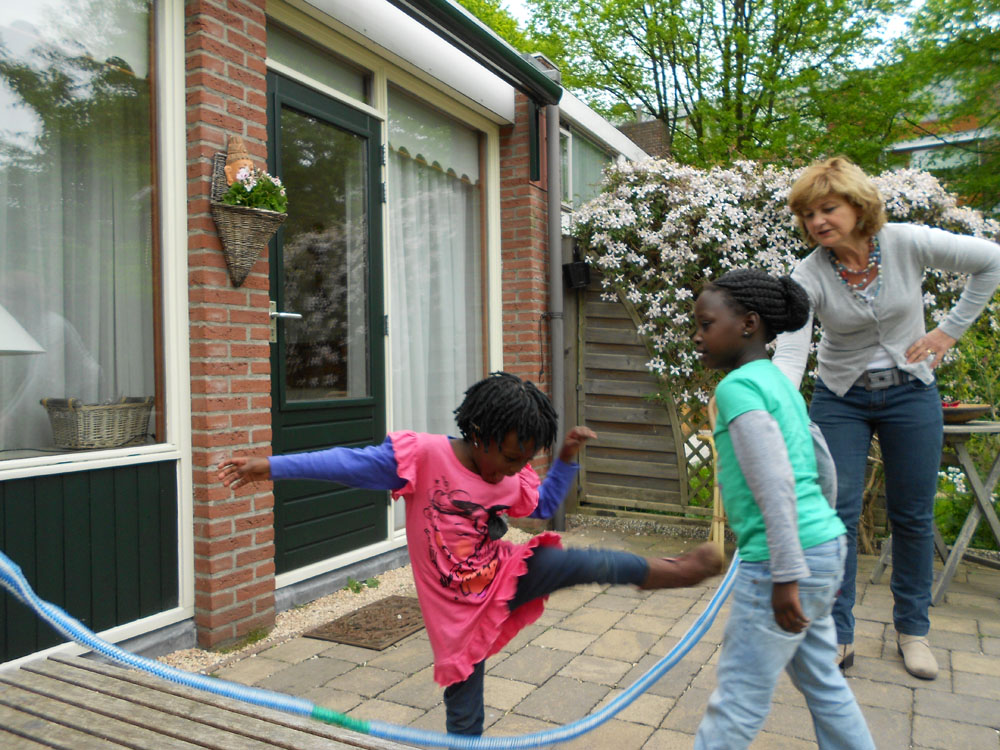 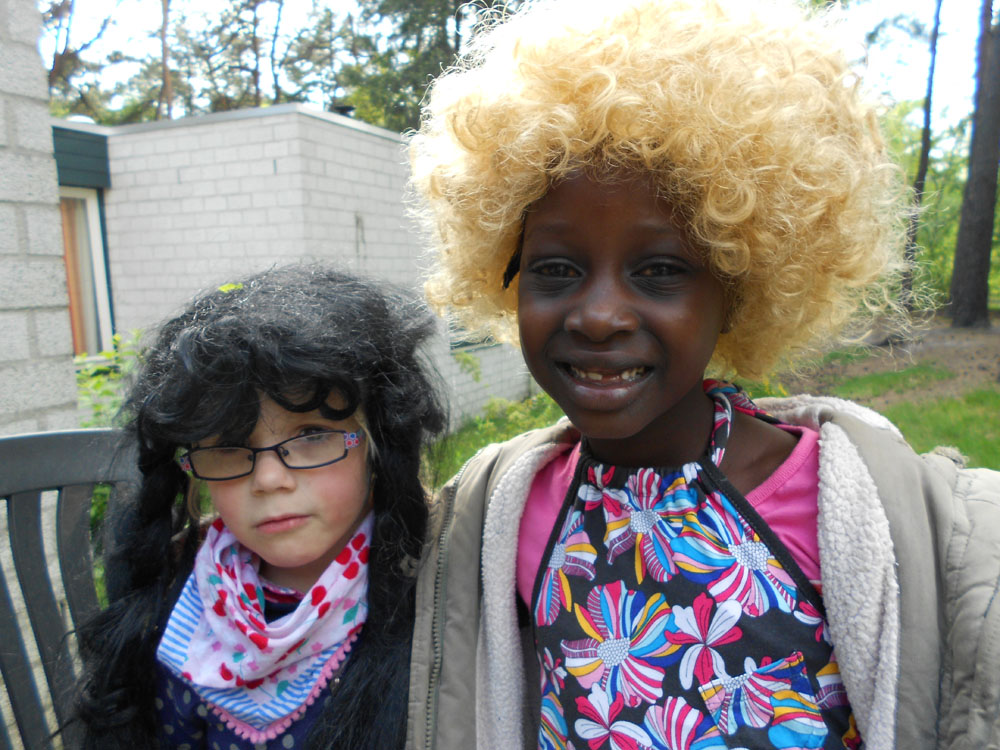 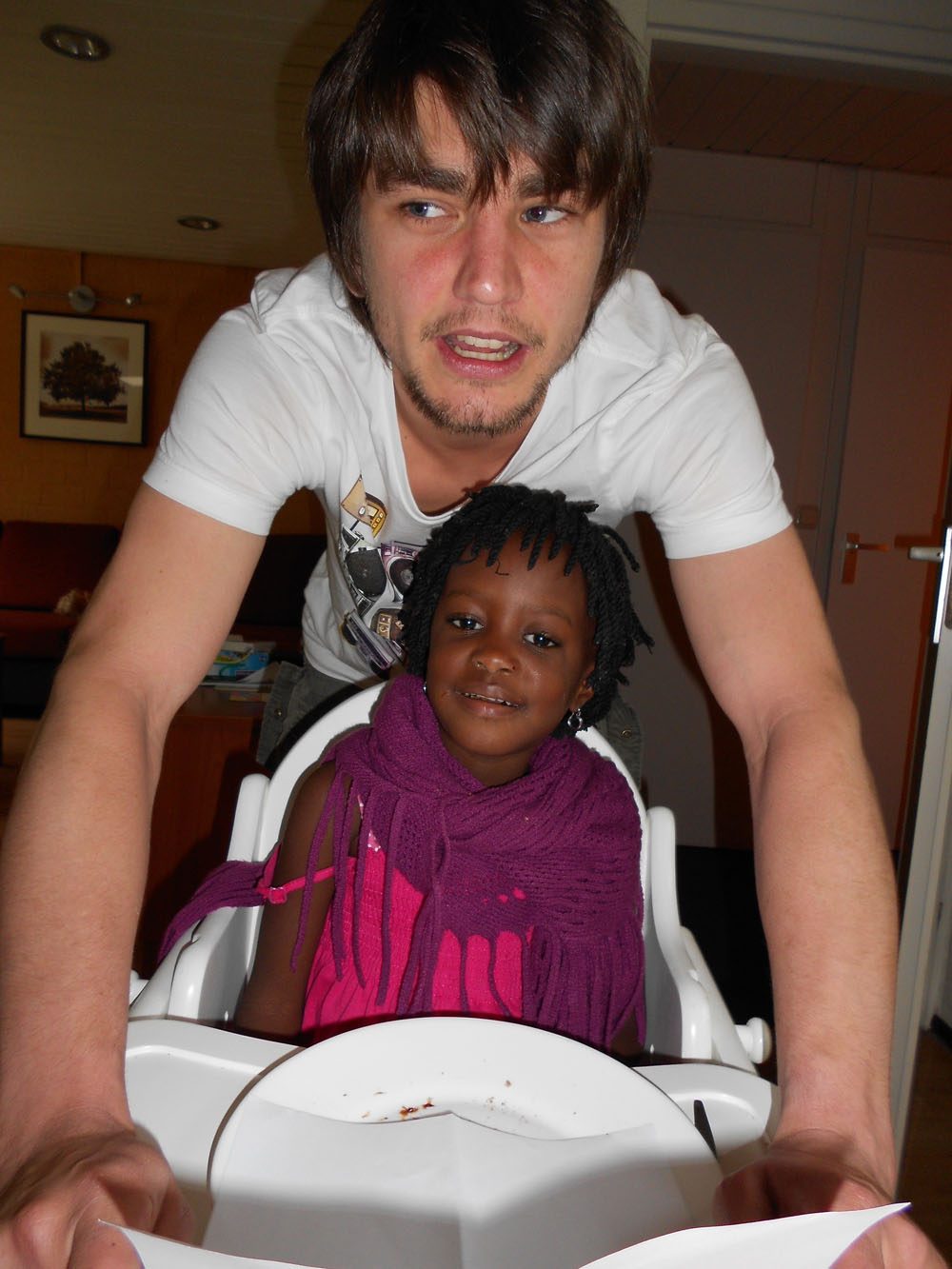 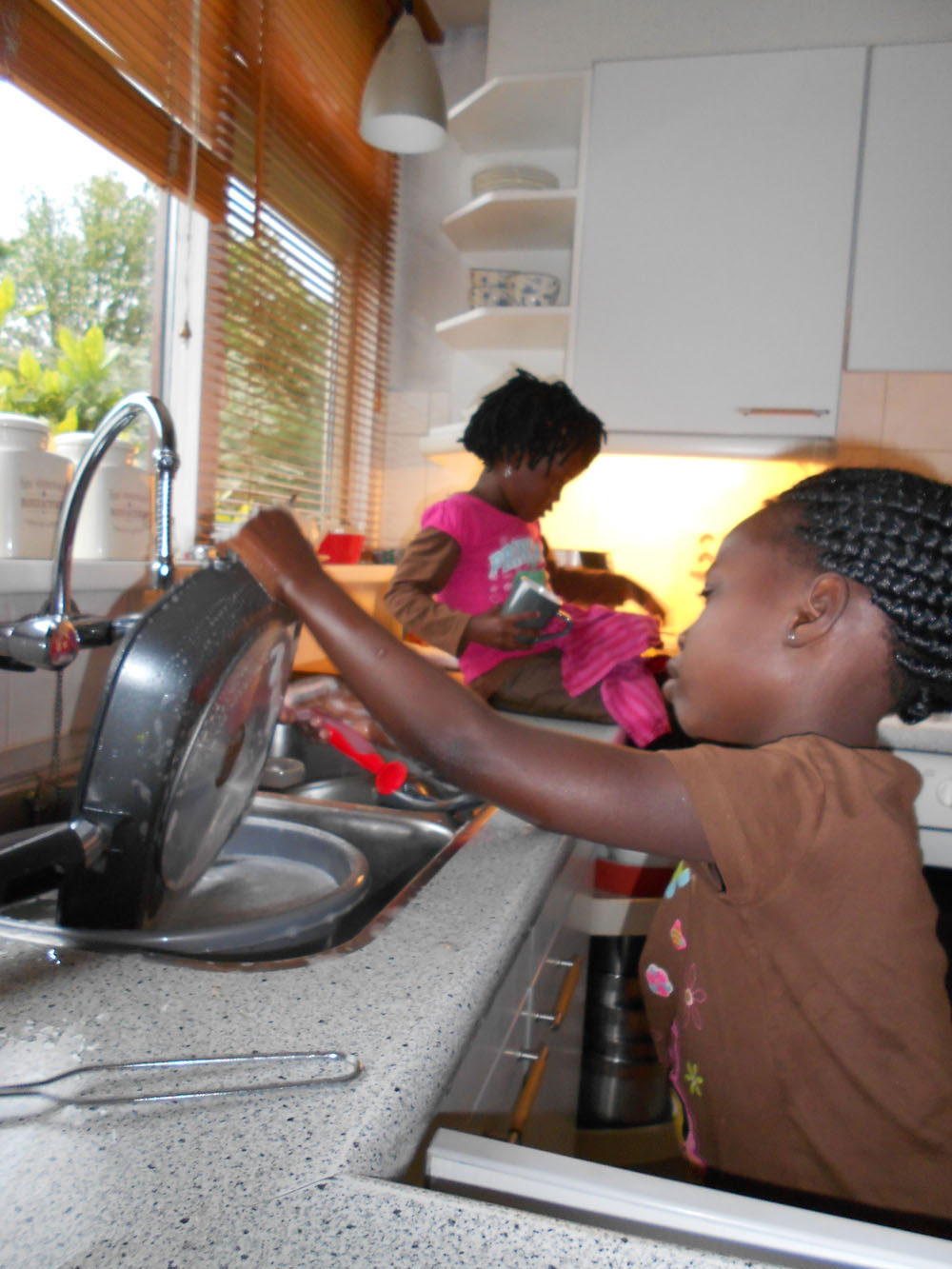 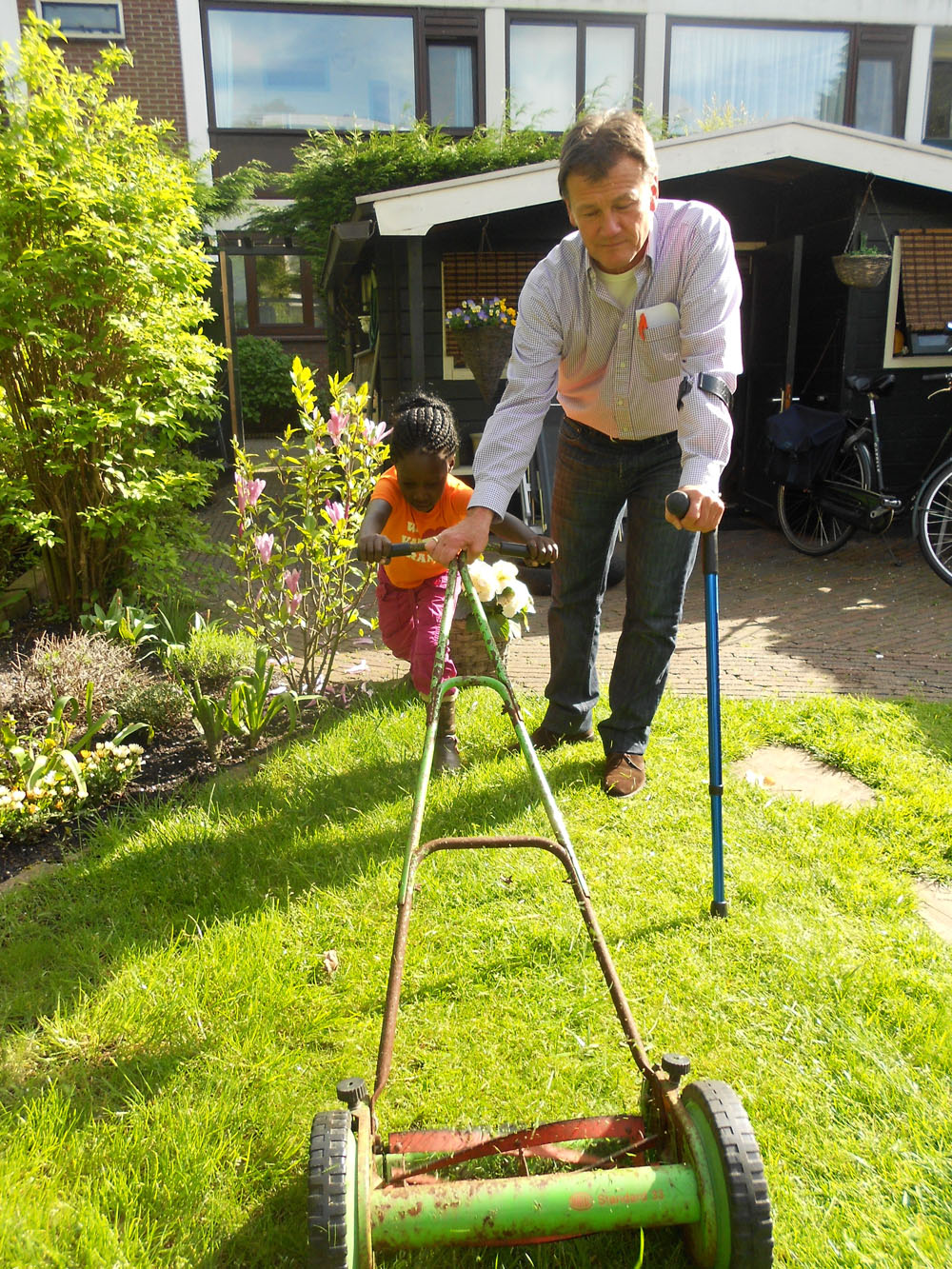 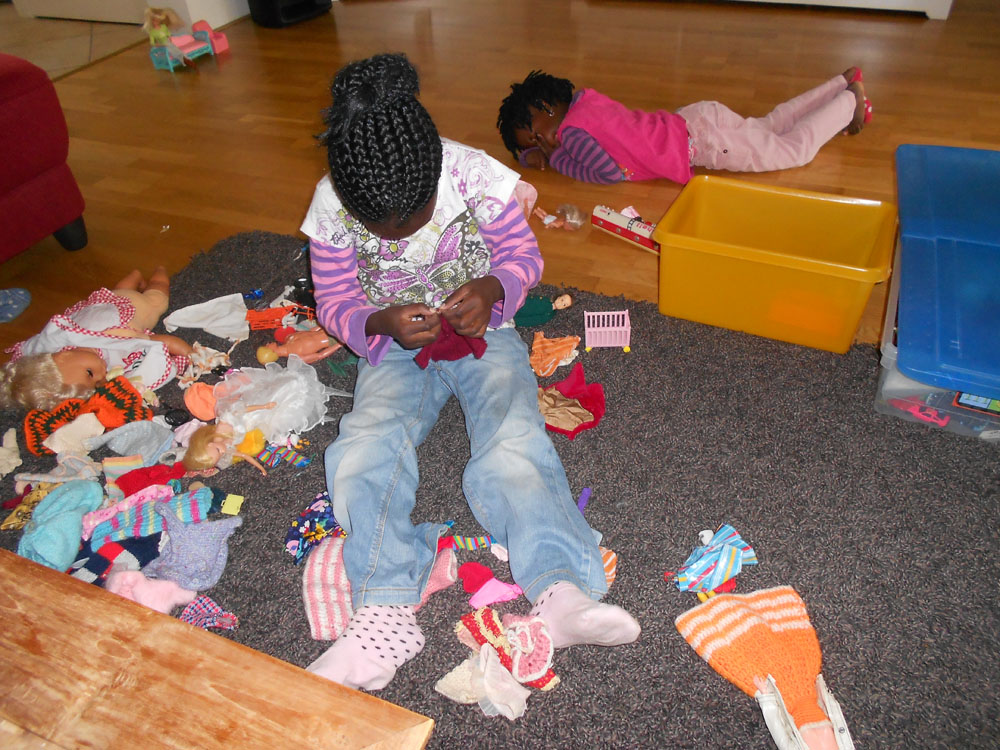 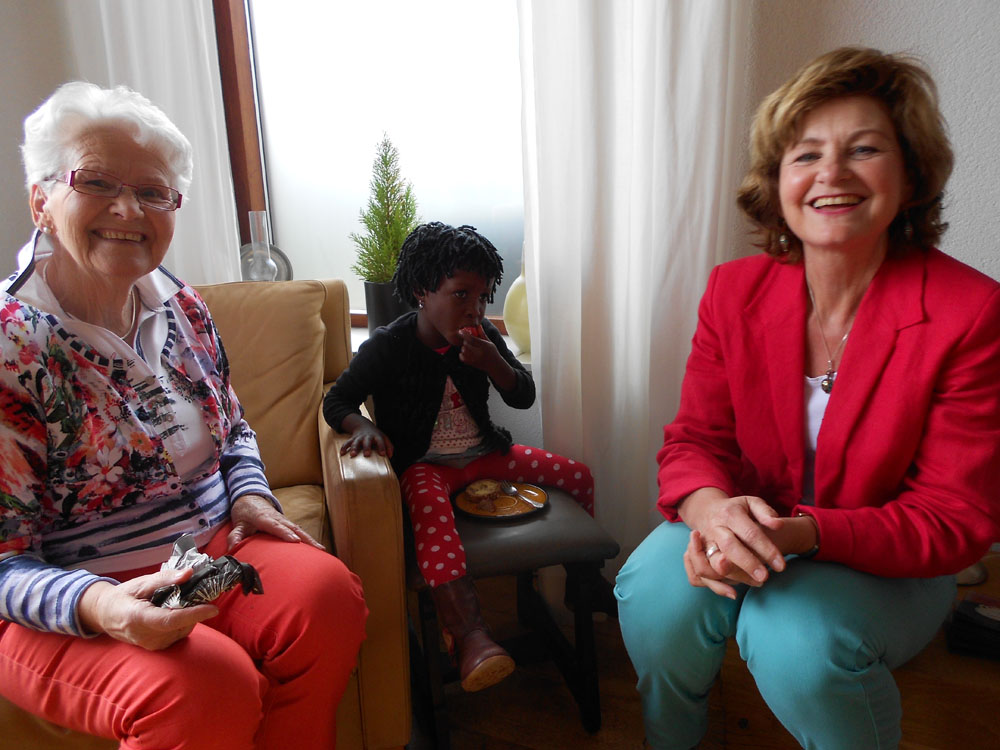 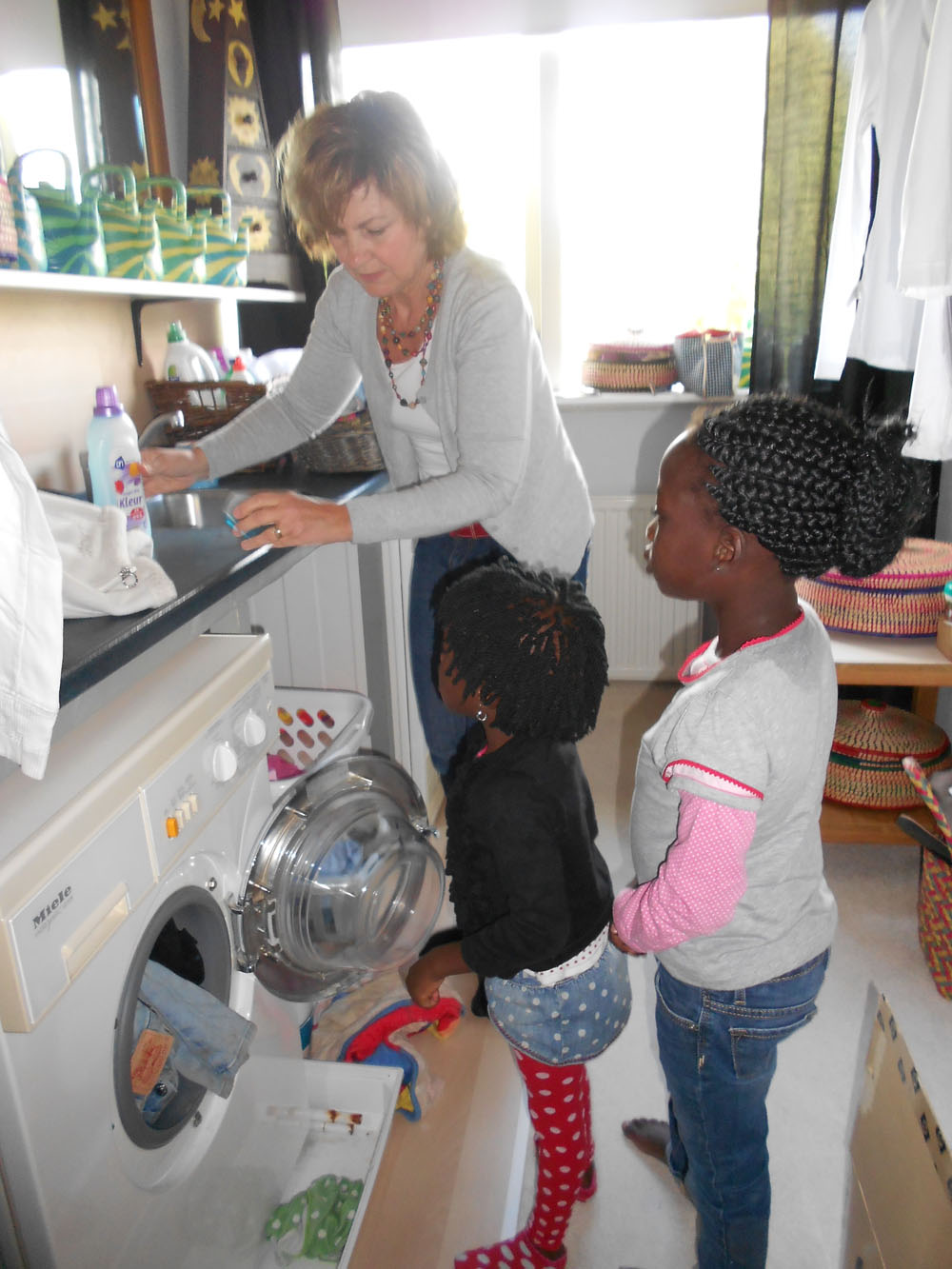 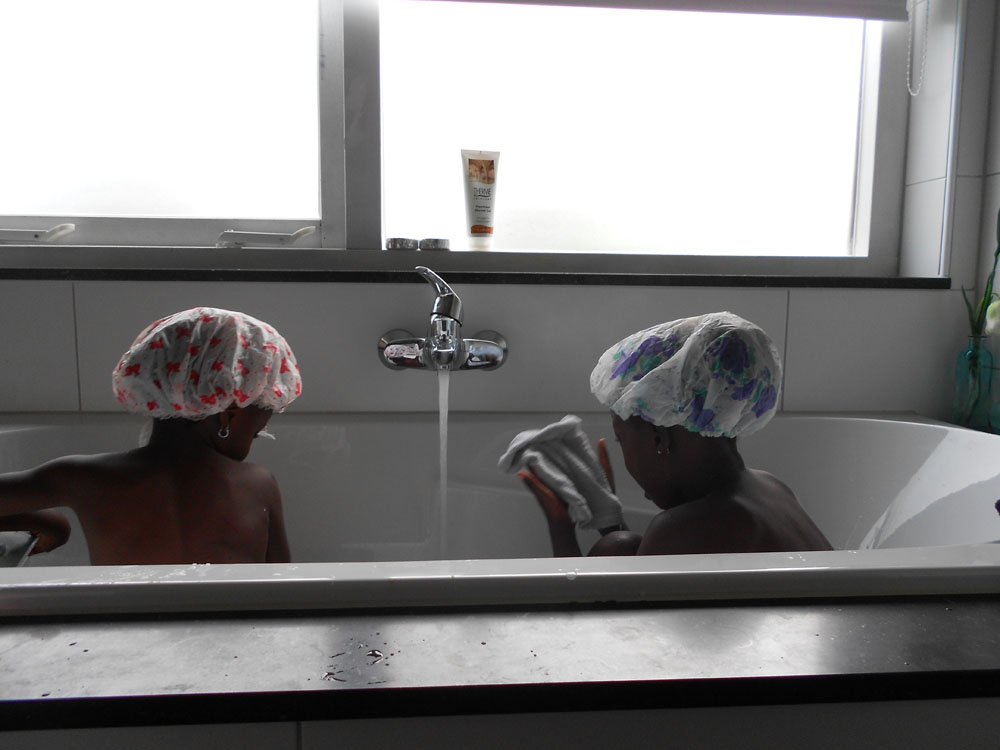 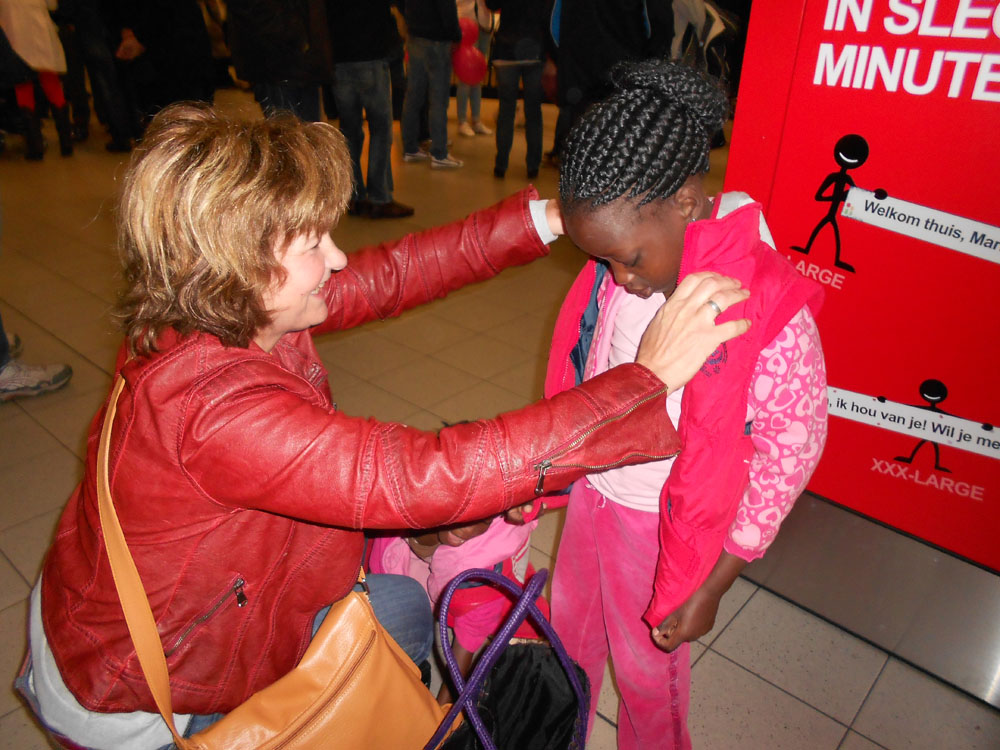 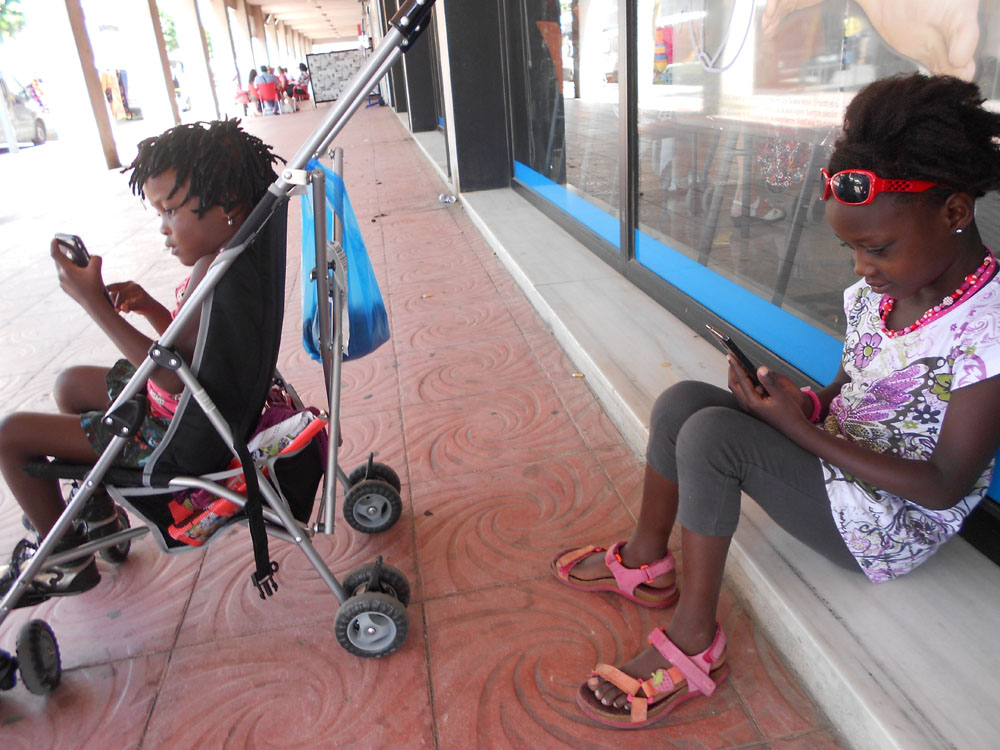 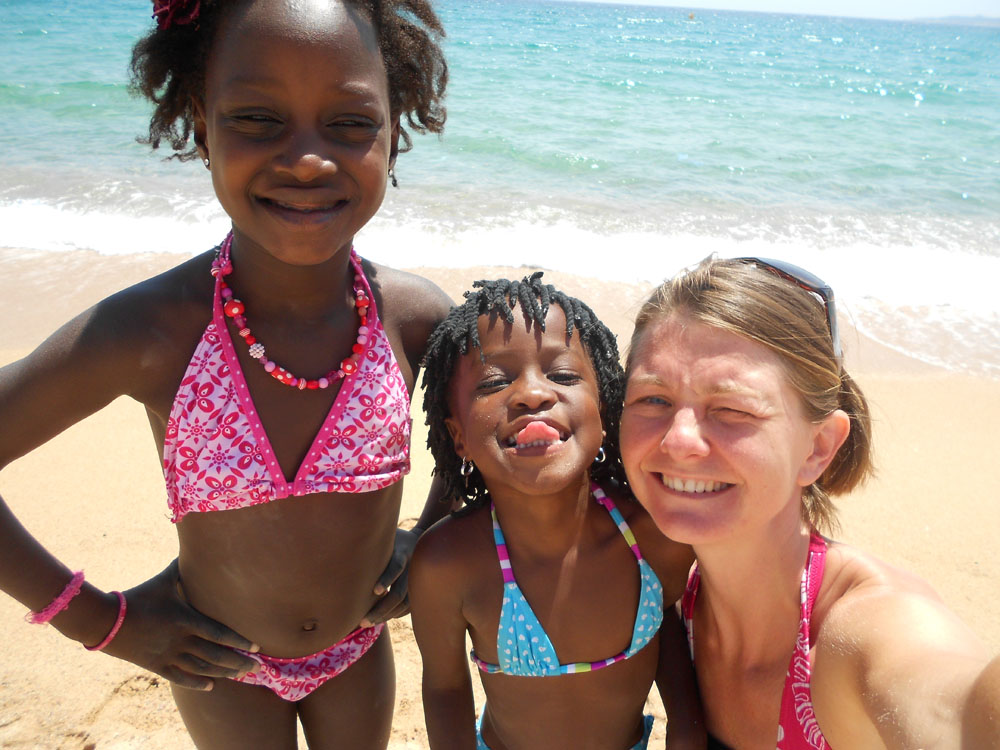 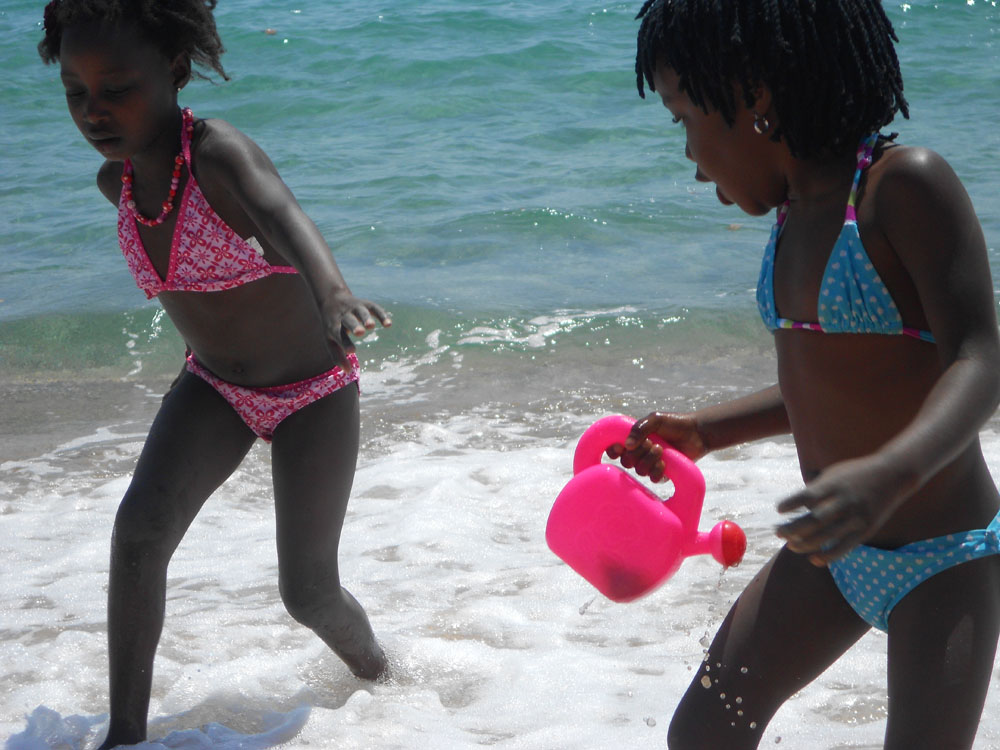 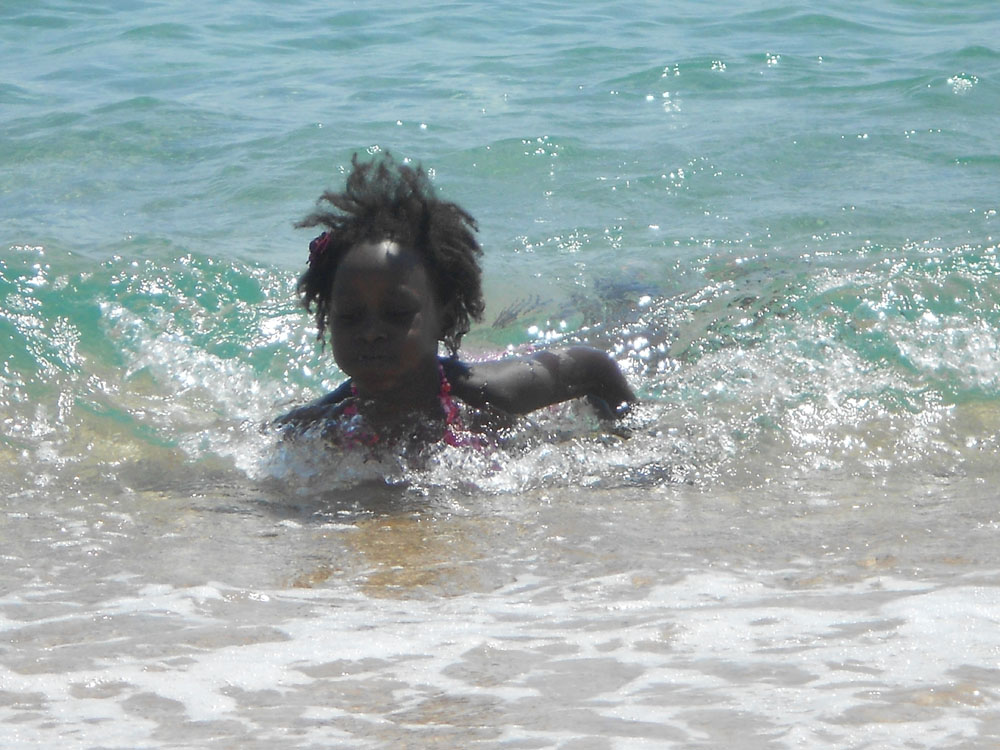 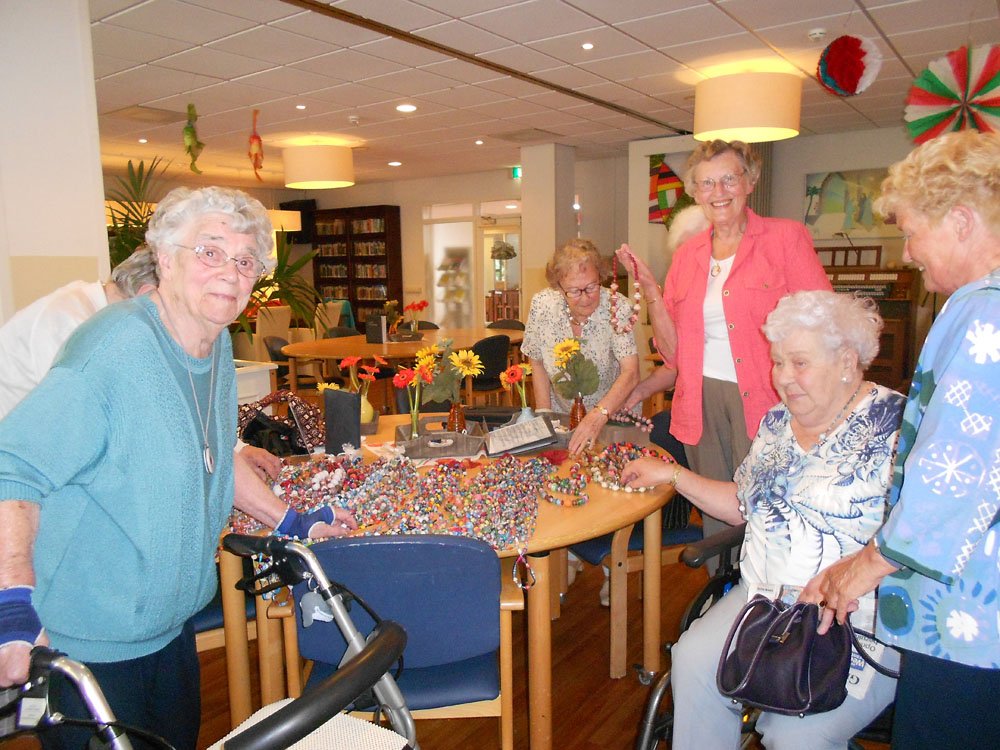 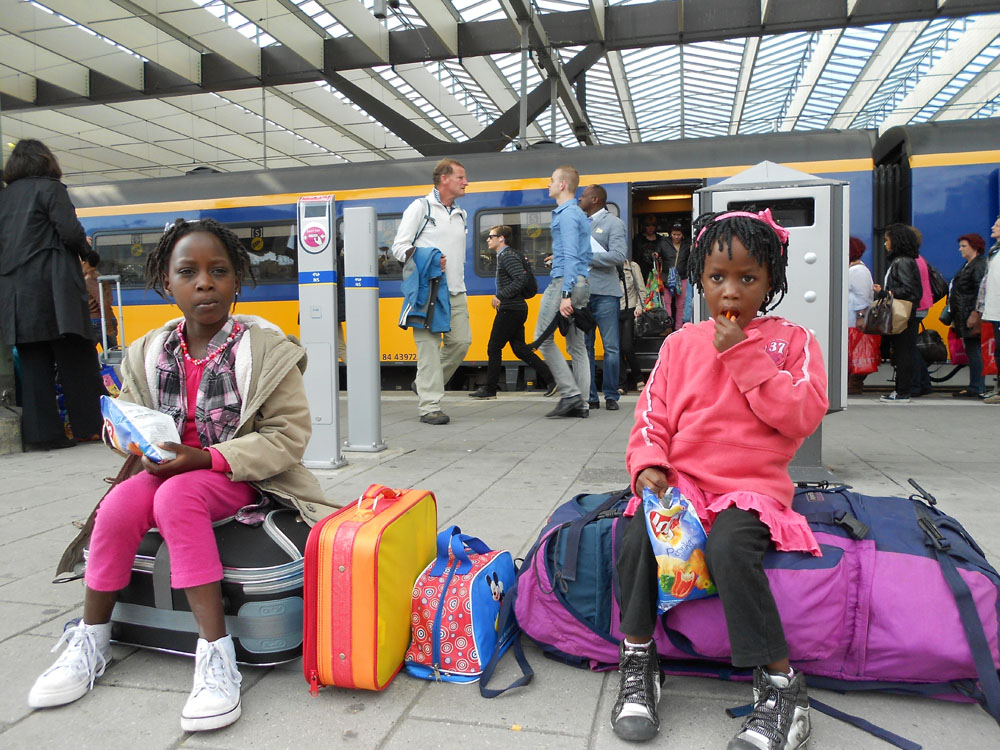 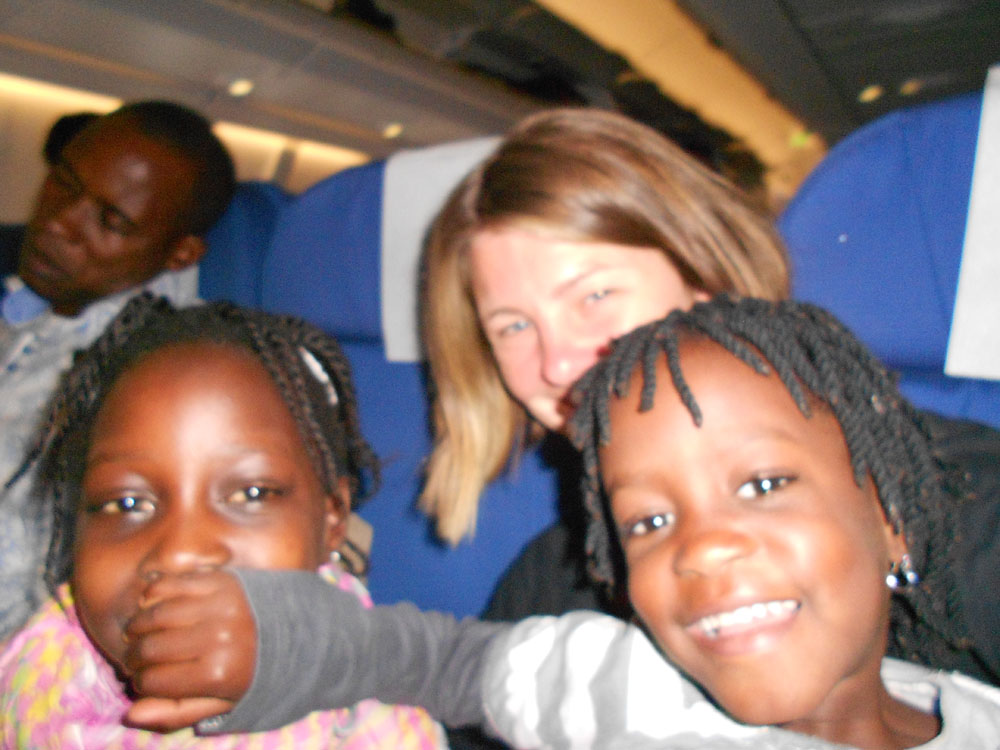 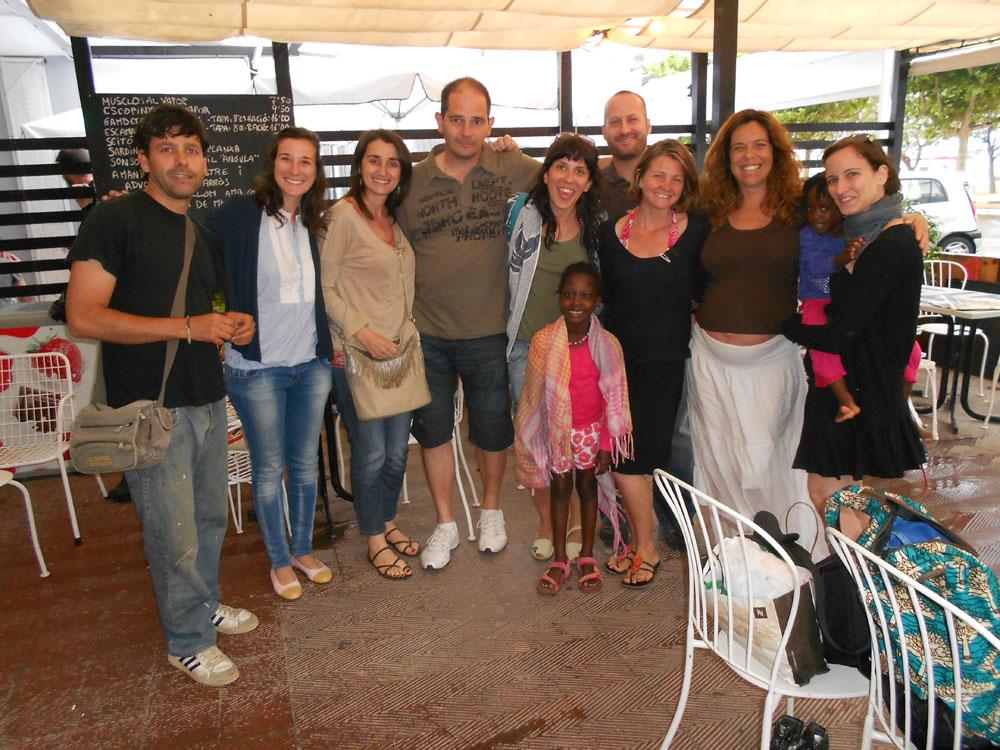 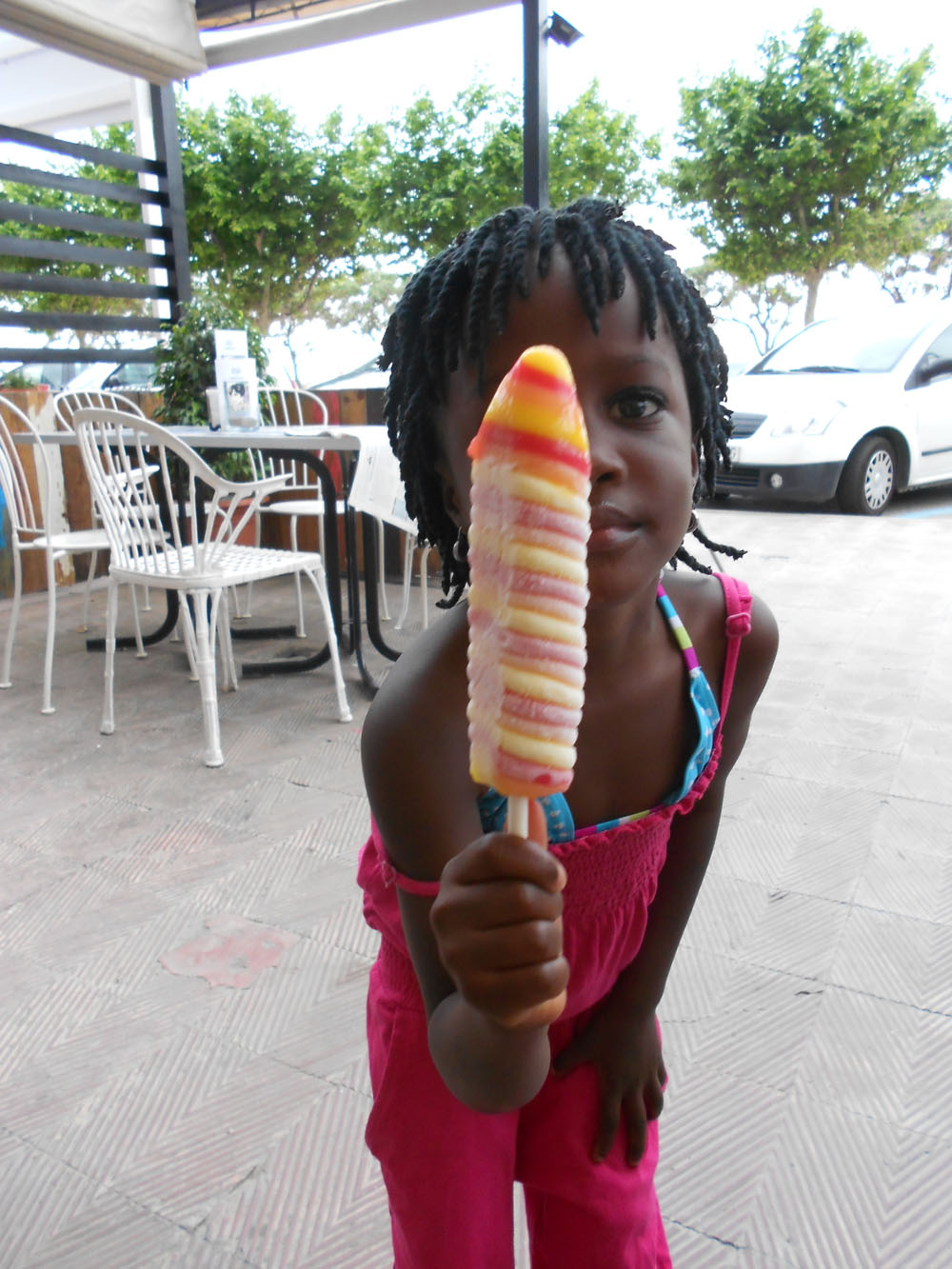 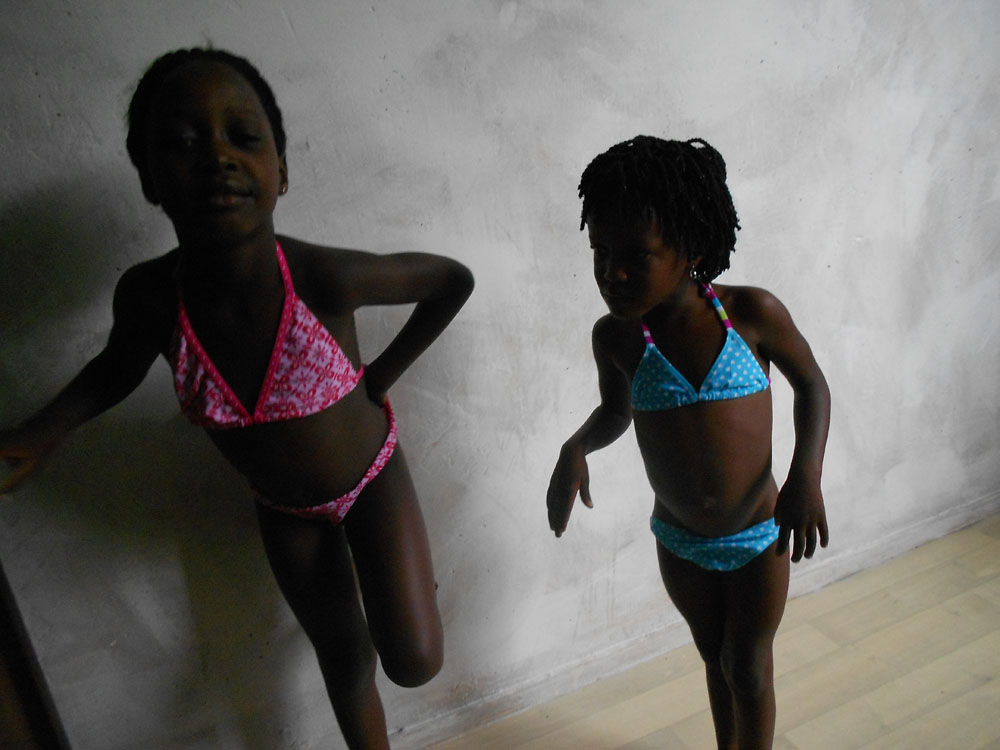