Everything ok here….Have moved my mattress to the new dormitory of the boys and have been rather tired since then……..That is mainly because the boys have to get up at 5 o’clock because they have to be in class at 6 o’clock. And since the boys are rather dawdling and don’t take it very seriously, I feel obliged as a ‘matron’ to keep an eye on things. So at 5 o’clock the alarm goes off. Try to wake up all the boys and then kick them out of the building as soon as possible. I myself then go (in pyjamas) into the classroom to check the teacher on the beating of the children. The ritual then repeats itself for the next group.
Around 8 o’clock I will wash myself and get dressed to let the building air.

It stinks a lot after such a night, especially to pee. A lot of boys still pee in bed. In the beginning this was mainly because they were scared. There was no supervision in front of the building yet and the boys tell each other about the ‘nightdancer’, a kind of boogyman who wakes you up at night and shakes your bed and frightens you. So none of the boys dared to go outside to pee. Result: dirty, smelly mattresses that are hung outside to dry every day (when it’s not raining and it has been raining every day lately). So it all has little effect.
Nowadays, put up a tub with a light. From 3 o’clock at night it is a coming and going of little boys that need to pee. The first night was a drama, there was no light so in the morning there was a big pee on the floor. They had a great time with their sleeping couples.
Of course we expect an improvement in the near future.

Washing is also a tragedy. These boys don’t want to be clean at all and it takes me about 3 hours to follow them and finally get them to get some soap and water. Then we are not there yet because that doesn’t say at all that they are going to wash themselves. Have a nice chat with each other and have a lot of fun, but they don’t get clean from…..

So I secretly spy on them from the window and have to laugh until they get me through and start screaming. Quickly they try to cover their bodies because they probably think I have never seen a naked man before (!!!!) Eventually we are ready, clean and ready to eat and then play and get dirty again.

For the rest everything is fine. With auntie Fausta and two lovely, cute girls on the boda boda tore to the sister. Between the cows and the meadows we arrived at a cottage. There came the doctor (boy of barely 18).
One of the girls was very burned….Even with non-sterilised scissors (I think there were still remains of the previous patient) the blisters were picked up (child didn’t make a sound). A little ointment from the medicine man, made from our own plants and herbs, was smeared on them and there we went again. Everything was fine with the child…it is really surprising how things are going here.

Also spent a day babysitting baby Prima. Now I am sure I don’t want a child for the next 10 years and certainly not in Uganda. We don’t use nappies here because they are very expensive (yes even for Dutch standard). So I am regularly pissed under. Of course not that bad but as hand washing and washing is not my favourite hobby here I try to reduce it to one or two washes a week. It’s nice to hear a baby like that when she smiles and sleeps but not when she’s hungry, when she doesn’t get any milk out of her boobs and starts to scream enormously. I finally found a bottle of milk and quickly put it in her mouth. Lovely rest. Just rocking back and forth after the bottle, and sleeping…yes yes that’s what you thought. The fact is that Prima is hungry about every hour and so I had to feed every hour. They have never heard of a teat here, so crying means hunger, so that means that I have to feed every hour. That means that Prima pees once or twice after feeding and that means that at the end of the day I had one washing that I would normally have for a whole week. And if Prima poops…well then you know. A terrible smell that goes through marrow and leg. And since they don’t have baby milk here, the effect on the intestines is such that you have to spend at least an hour cleaning the child. It was like yellow paint. There are no baby swiss wipes available here, so just my moist toilet paper, I didn’t get rid of all the yellow rubbish…quickly a tub of cold water. Squeal of course because cold water on your buttocks is no fun for me. Finally child clean and quiet. Quickly grabbed a nappy (for this one time) and yes before the nappy was closed the lady had peeed again. As if I hadn’t seen it. At the end of the day with a couple of girls and Ryon to the hill for the sunset, fine of course. Child had a lot of fun (start laughing), we sang and danced…Fine laughing and peeing. In the end she fell asleep satisfied. I was exhausted and have even more respect for mothers (hat off).

Had my hair braided in, I got out of it because I was going crazy with the itching. I had to wait 8 patient hours before they had finally threaded the braids (literally and figuratively). It was so tight that I could barely blink my eyes. The kids loved a Mazooengoe with dreads. After a week the itching drove me crazy and during the week we took them out, delicious…..

Last week we organised learning day. We served them a good breakfast, played some games and taught them a lesson about hitting the children (let’s hope they put some on them). Then we all got into the school truck and drove to the ostrich farm (about an hour’s drive). After two and a half hours we finally arrived, of course we had to stop twenty thousand times for this and that. The teachers loved it, were more afraid of a horse than an ostrich and only wanted to take a picture with it to show others that they dared to do so. Only a few of us (including myself) rode the ostrich. It wasn’t breathtakingly fantastic but it was fun to have done it once. Did some more games and then drove back to school where I had paid for a DJ with mega speakers and reggae music. It was a beautiful day and I really hope they learned something from it.

Everything else is going well. Although sometimes I get a bit depressed by the rain. I get a little regularity in my life here and I have to say that I like it very much.

Congratulations to everyone whose birthday I forgot!
And for all the other darlings a big kiss and lots of love! 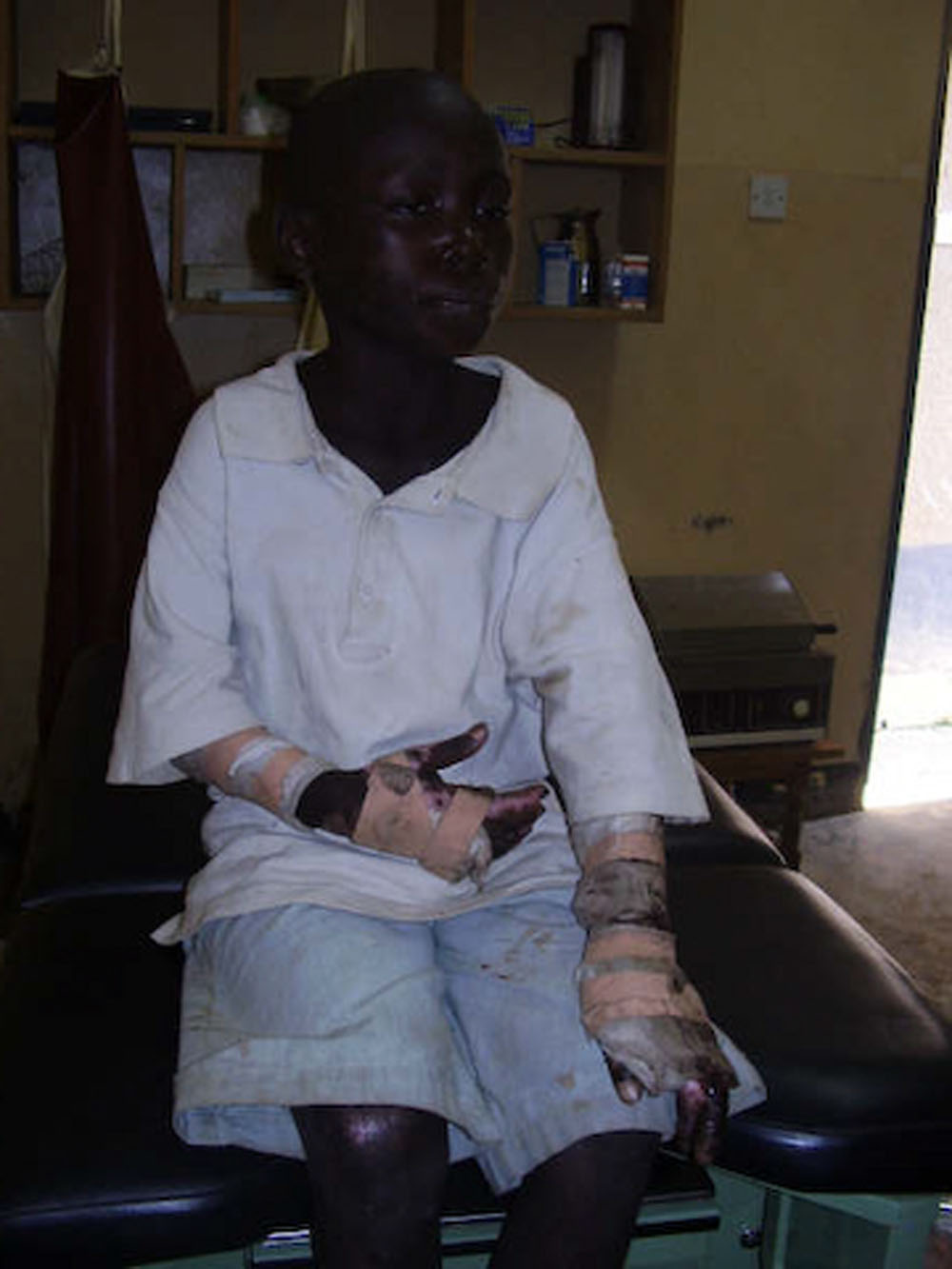 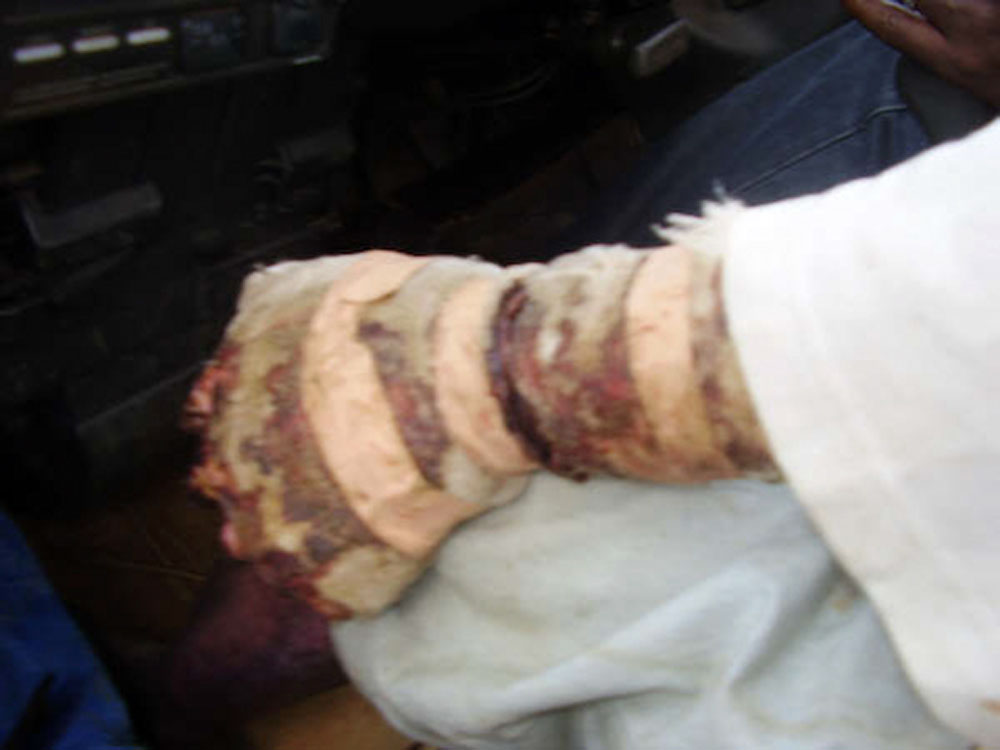 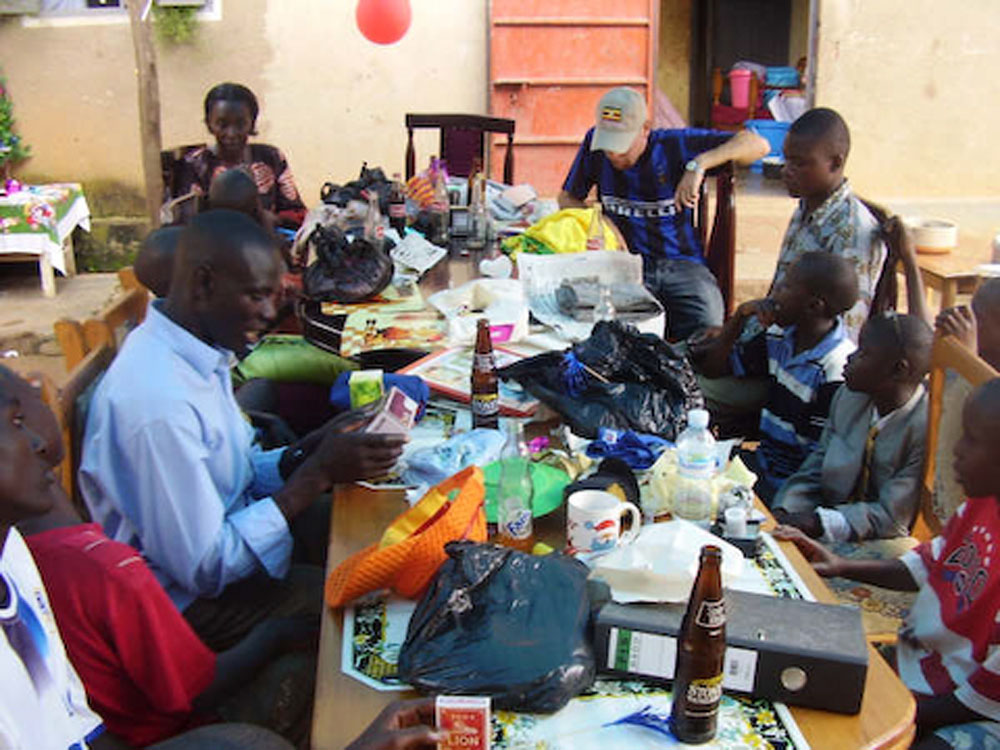 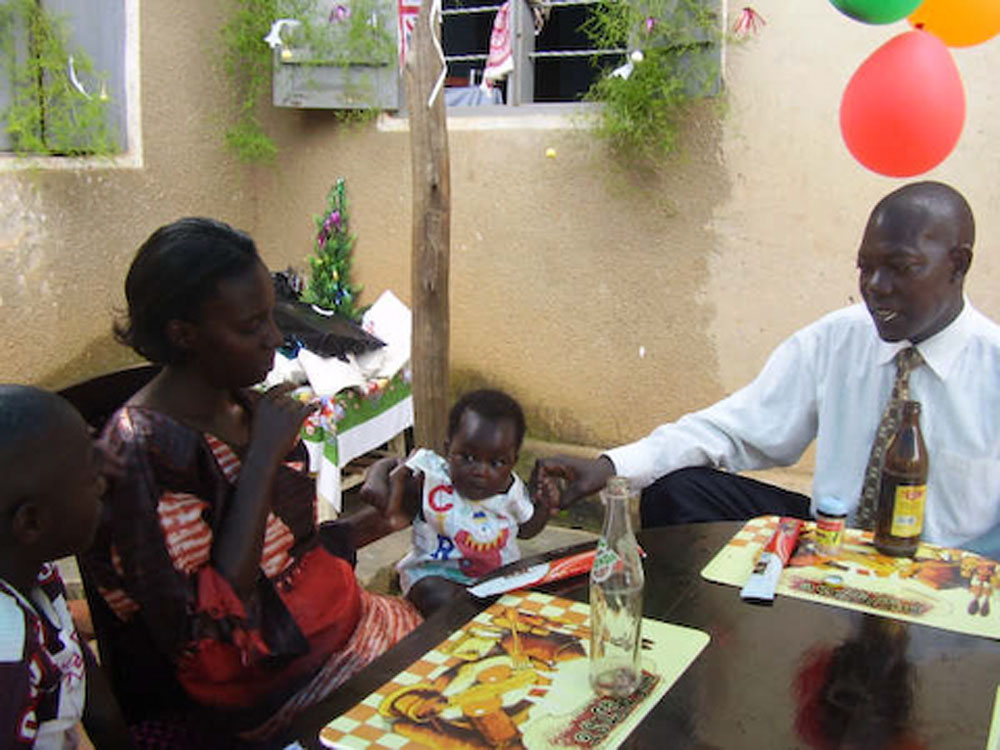 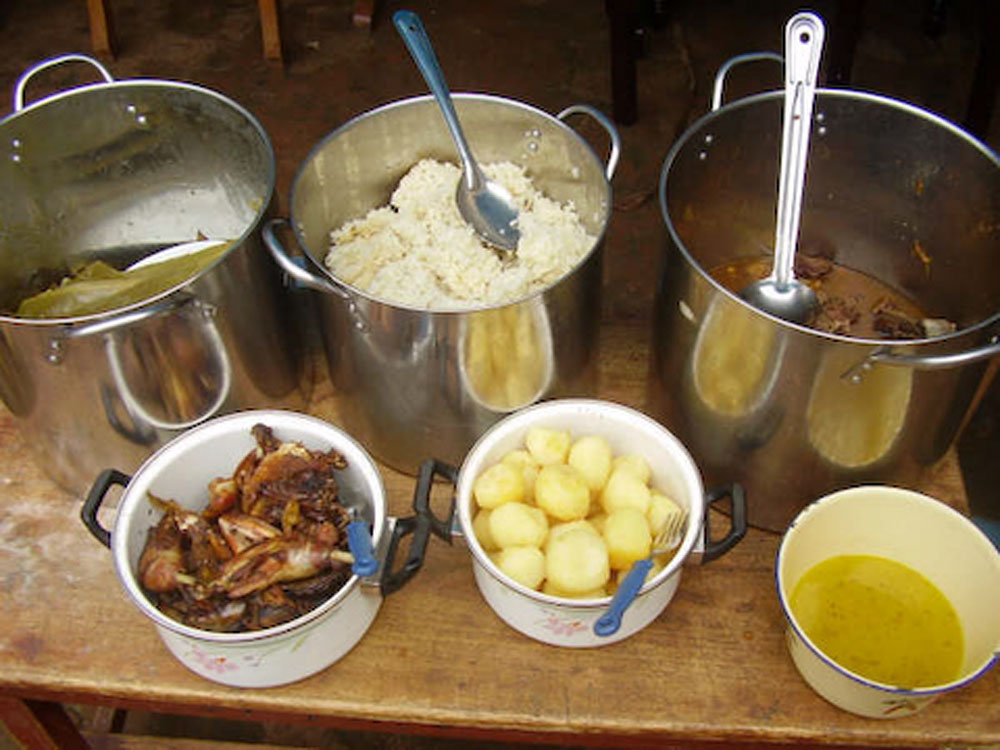 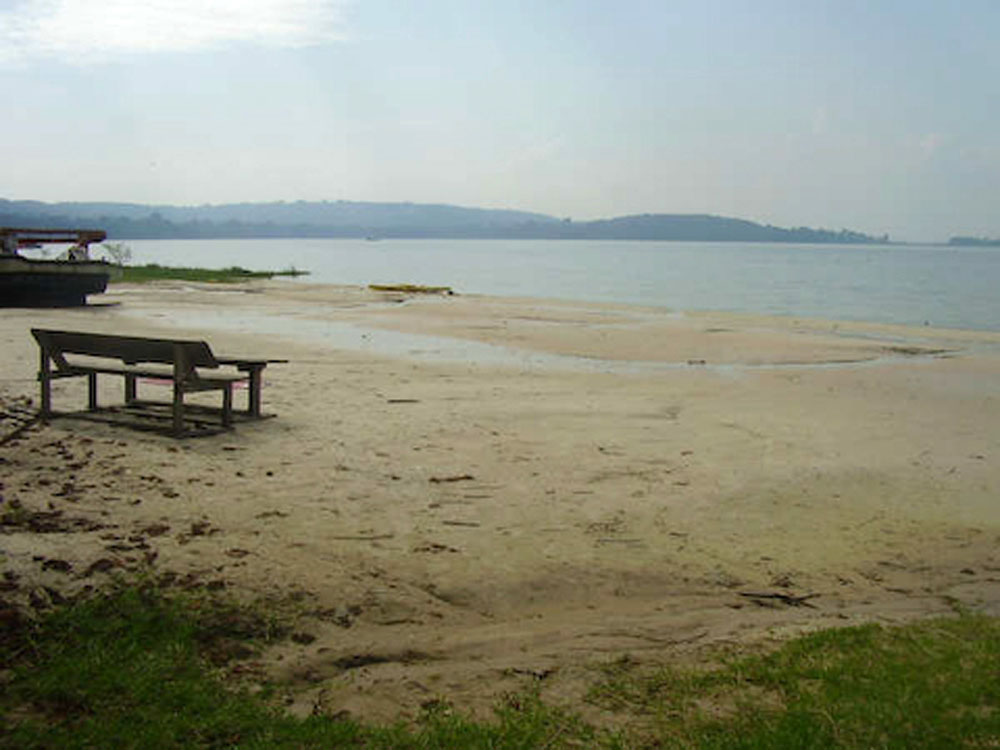 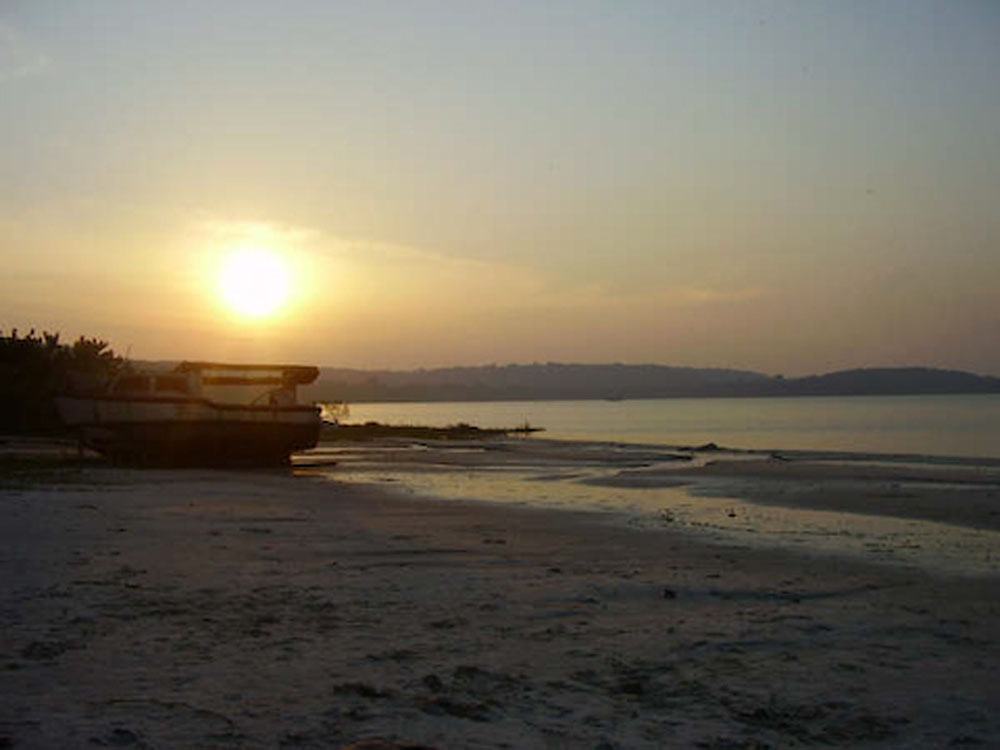 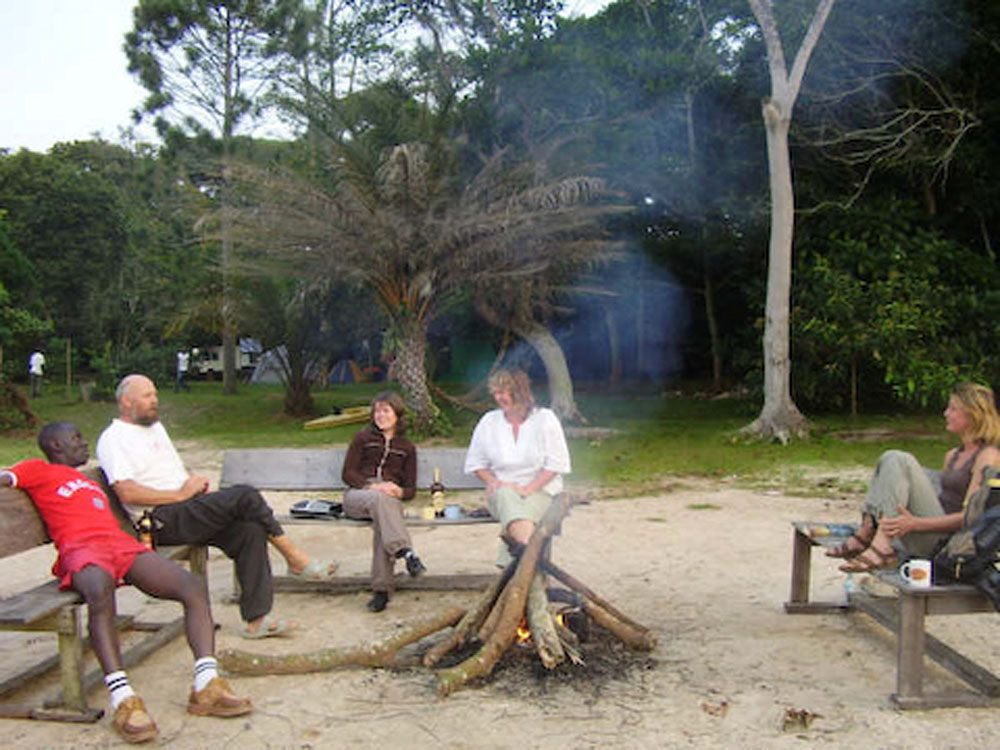 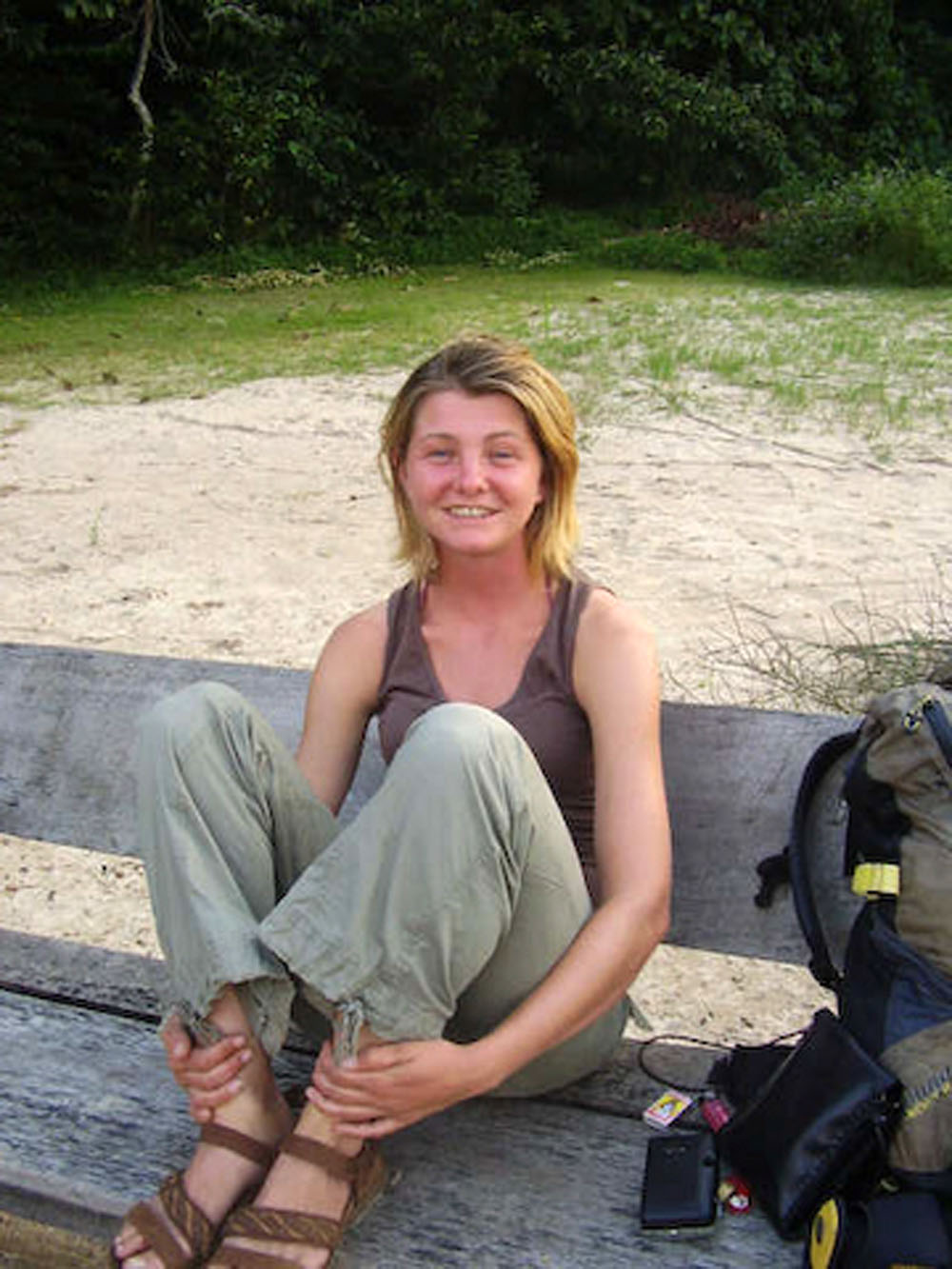 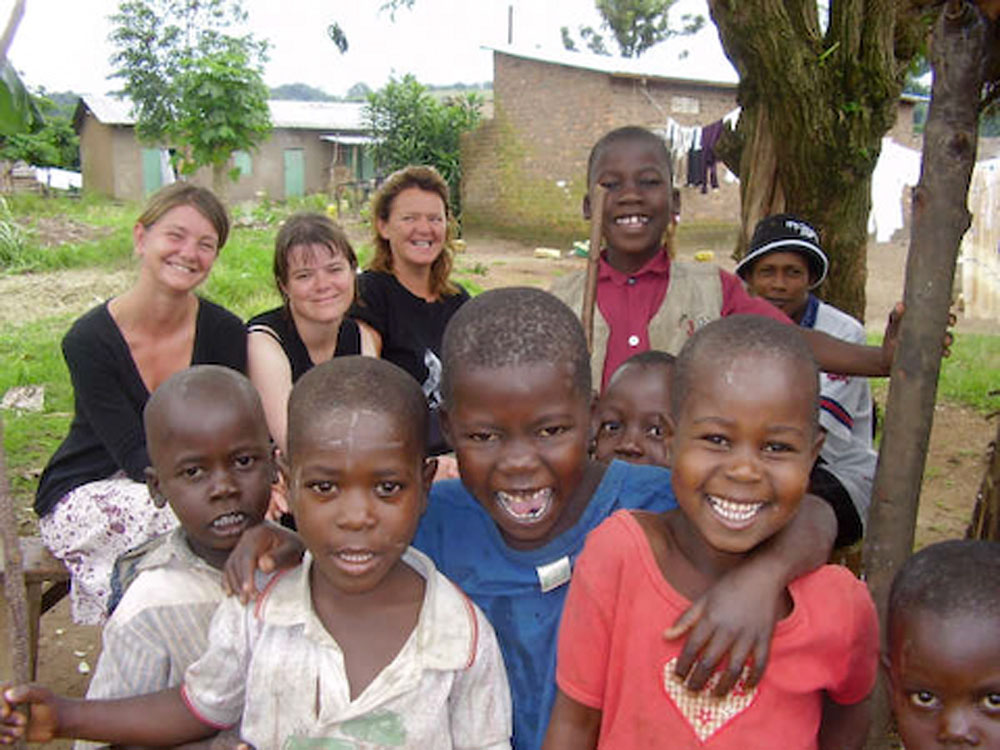 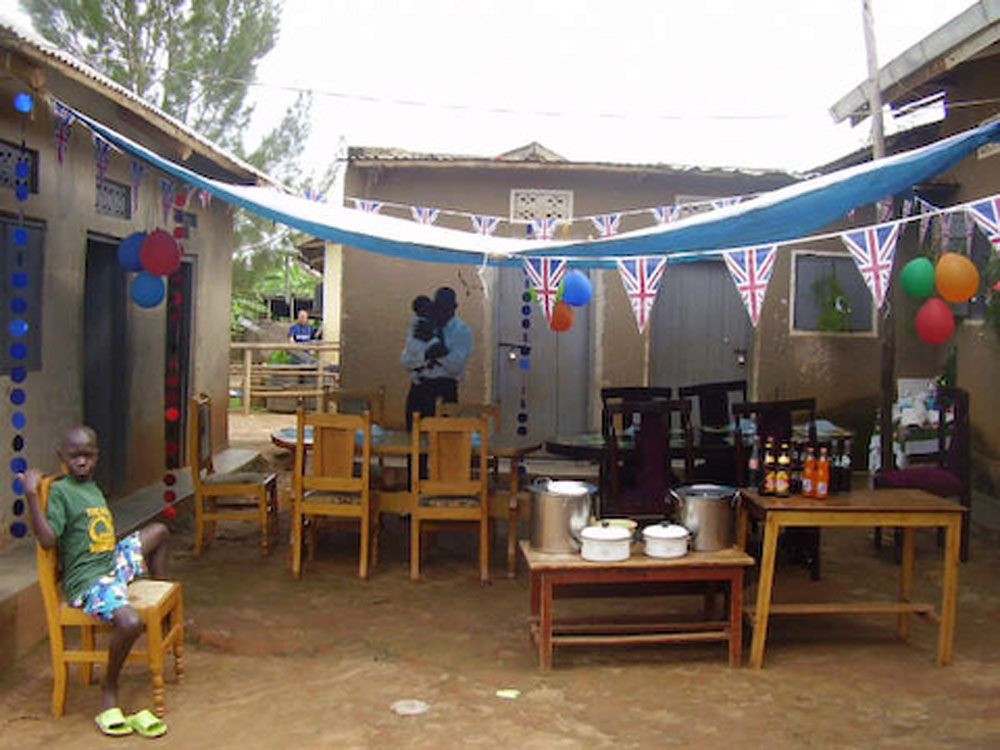 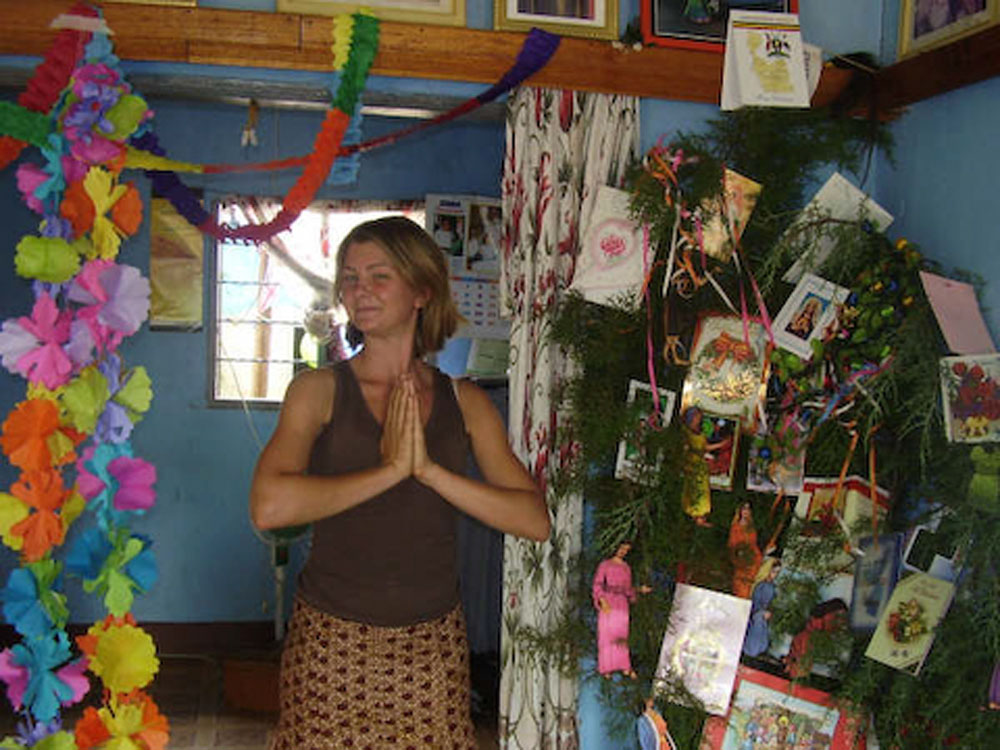 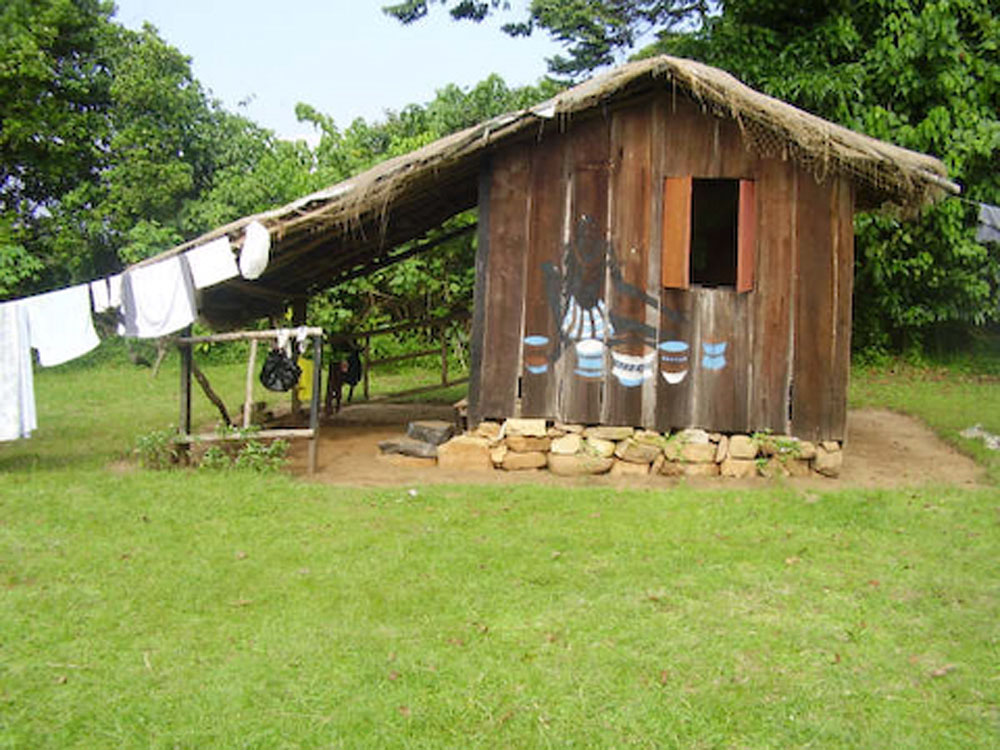 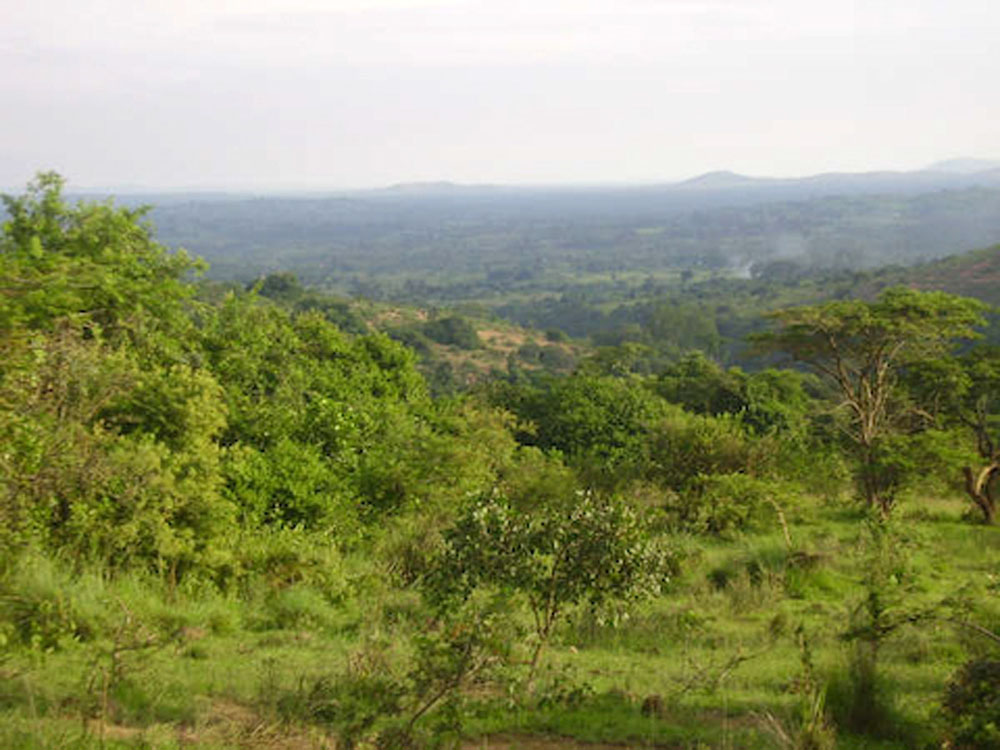 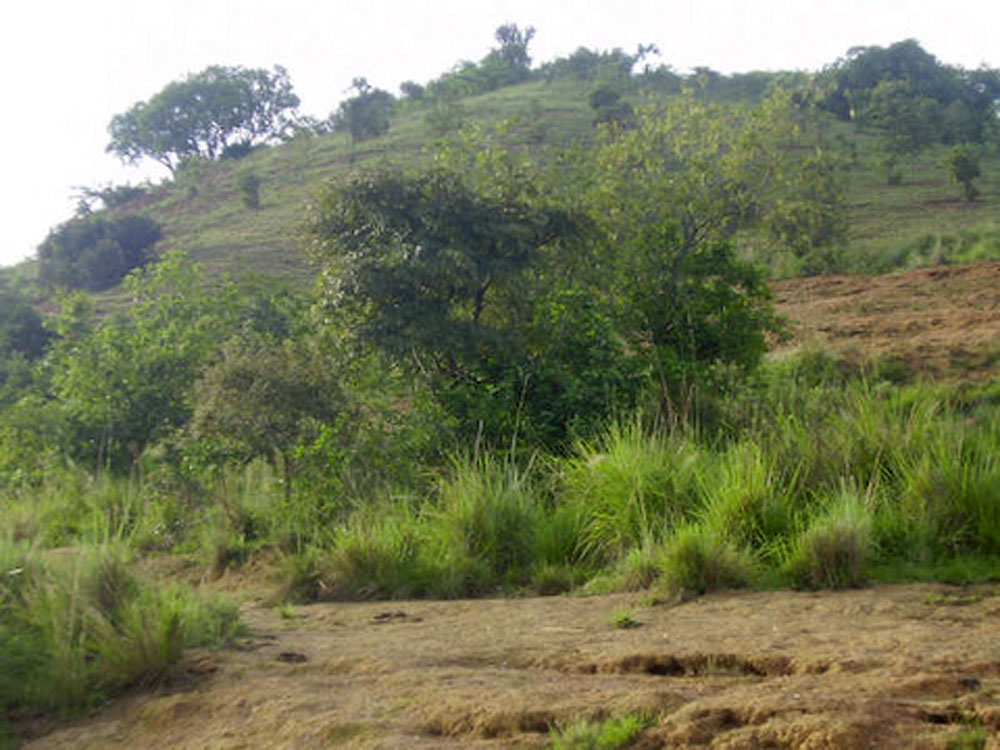 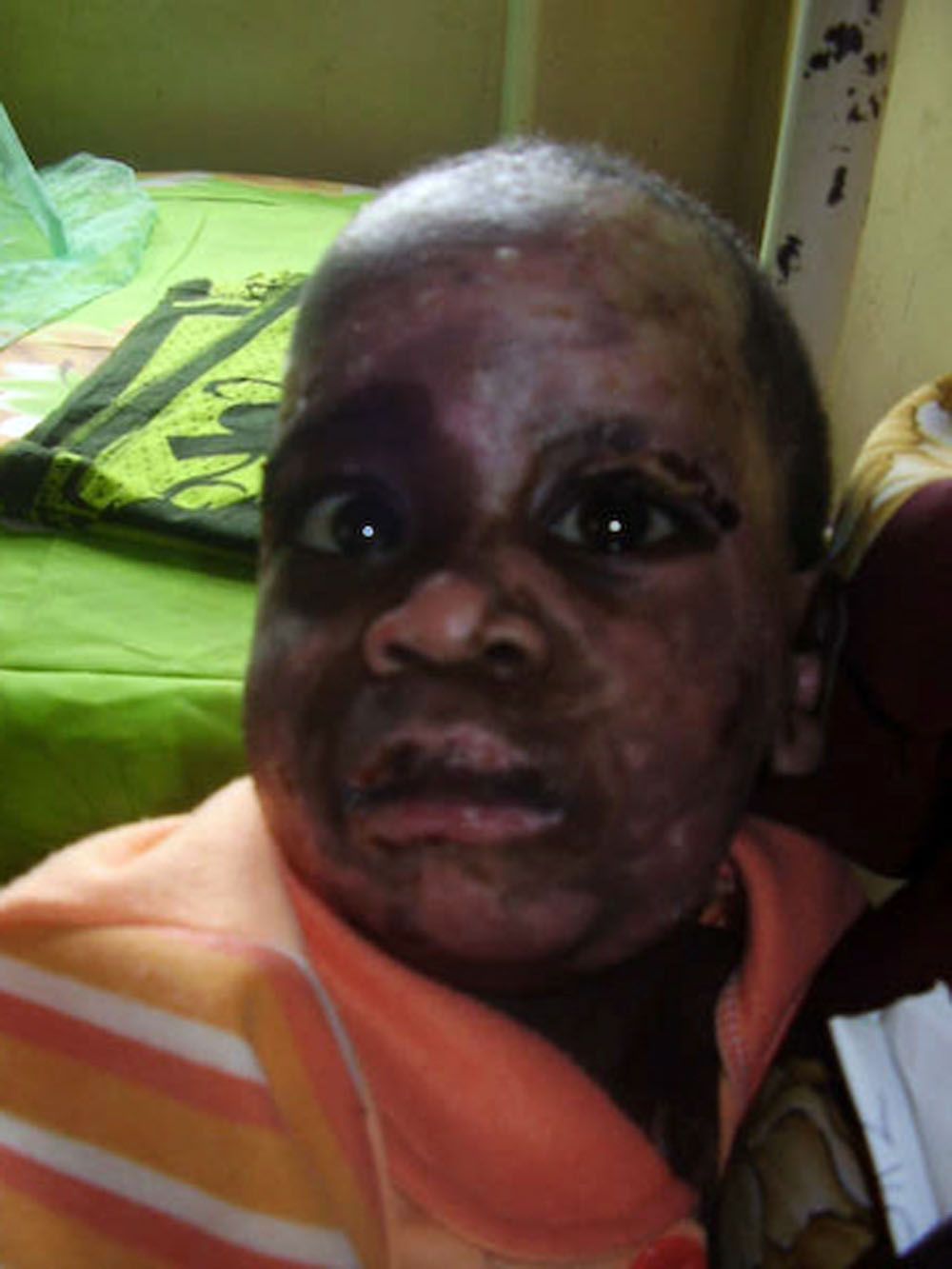 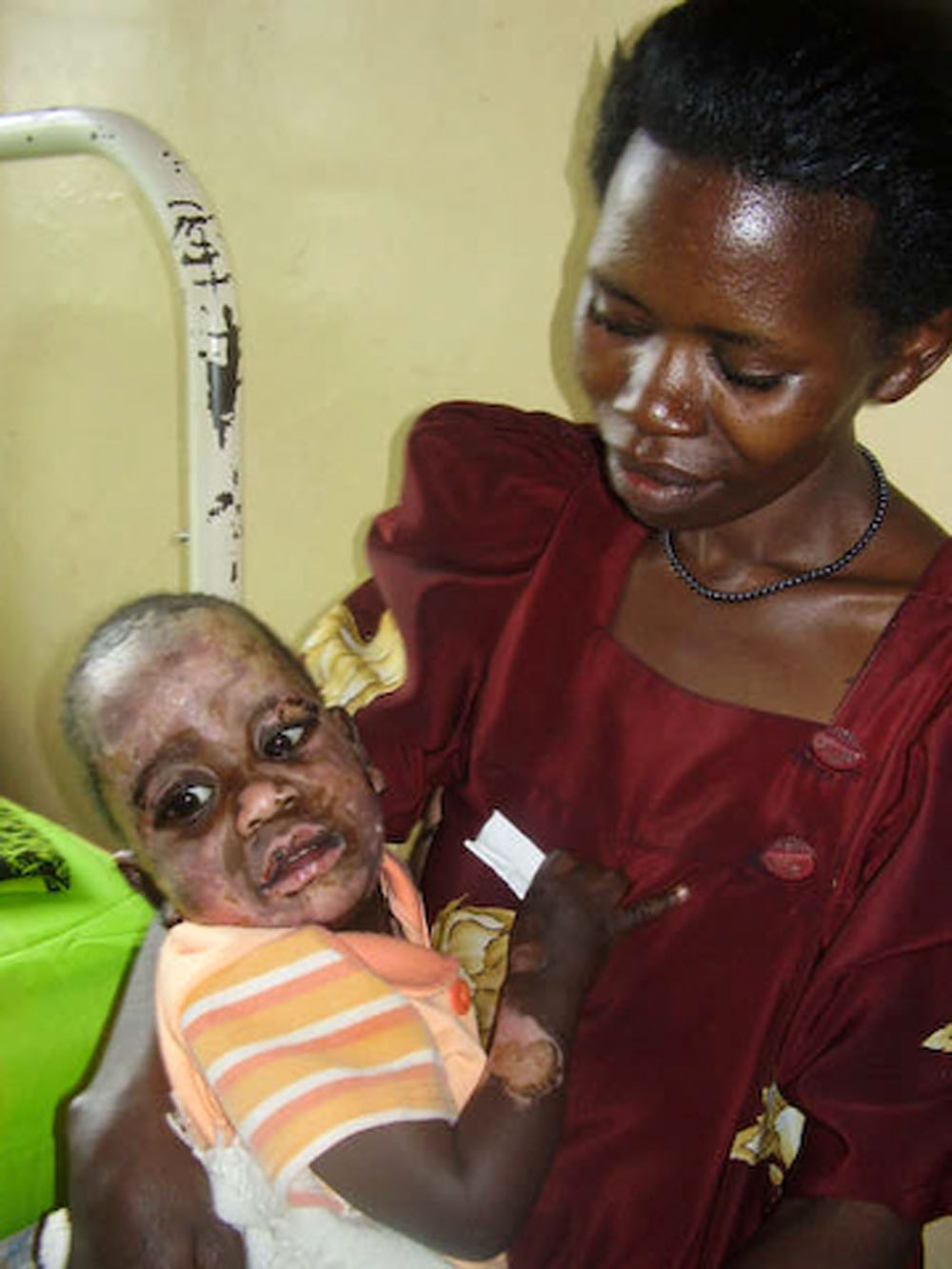 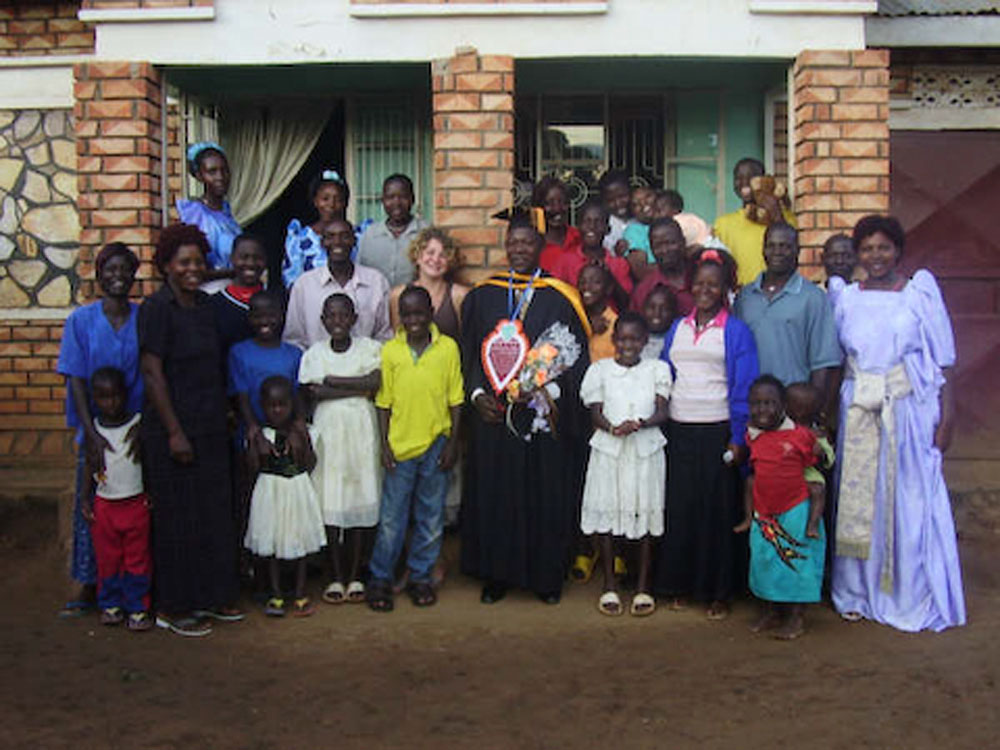 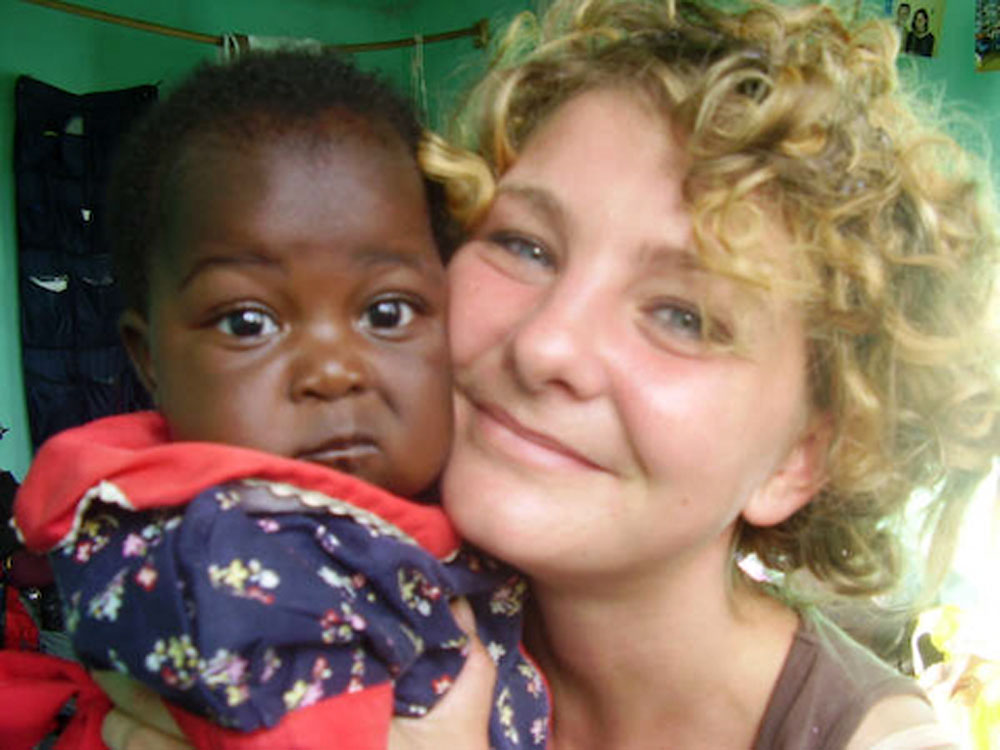 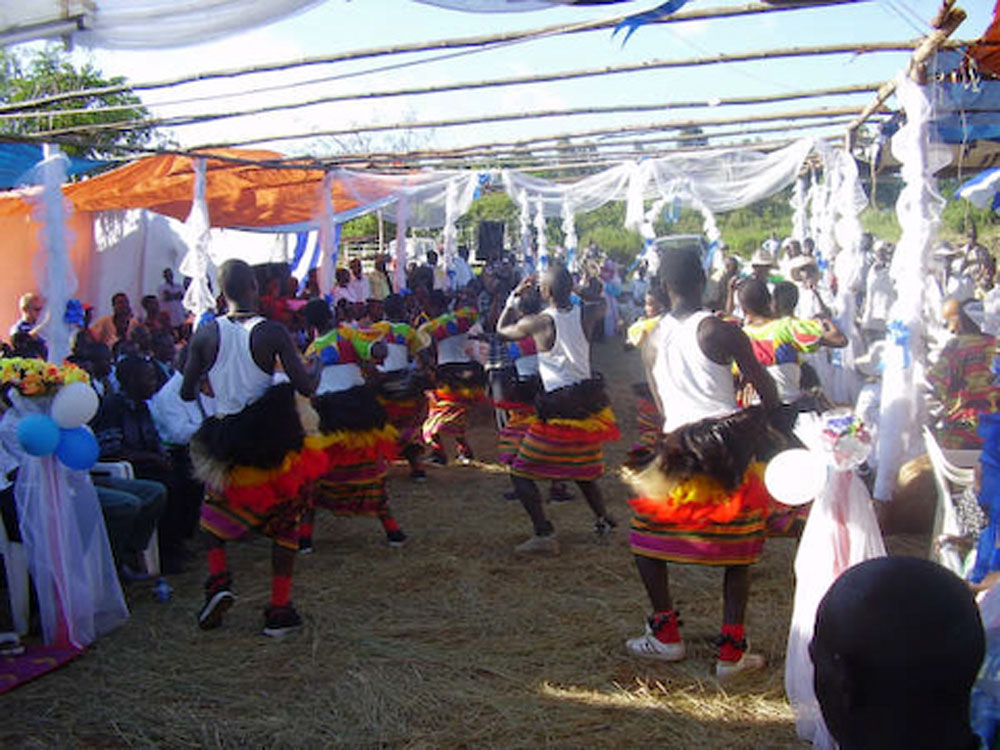 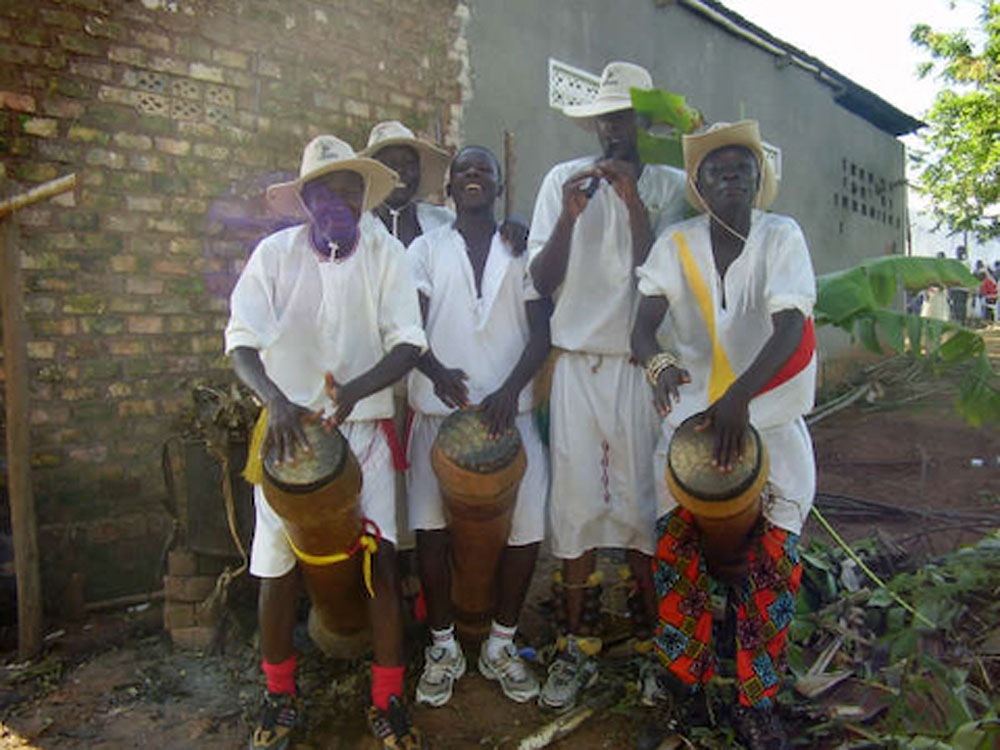 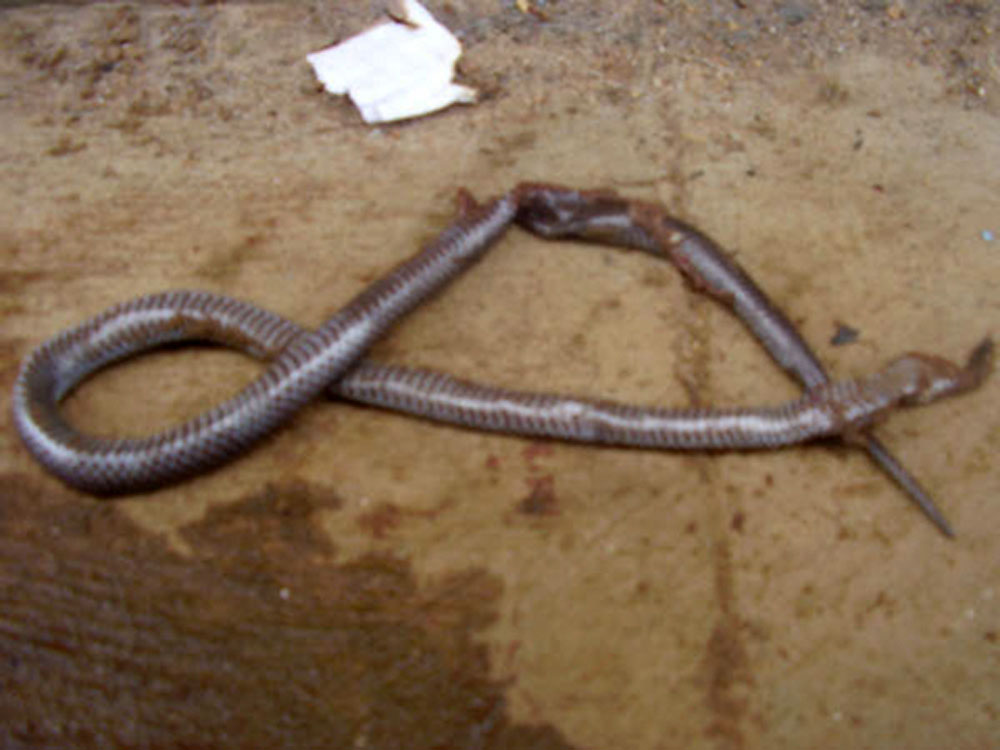