It looks like the upcoming updates will be written mainly at night. Apparently that is the only time to write in peace and quiet and that’s how I get through the night shift again productively. Tata Simon (Simon’s father) is snoring and Charles regularly gives a whine but generally it is a quiet night.
Actually since I have returned from the Netherlands it has been busy. Holland was lovely, nice to see everyone, to be at a girlfriend’s wedding, to finally be able to cuddle babies of girlfriends and to refuel again.
When I returned to Uganda, my friend Kim from Kampala had become my neighbour in the bush and was worldmapping on the pavement. Work to do…
The garage had to be converted into a dining room and the dormitories (converted chicken coop) (of course) had to be painted and decorated at the last minute. A week later, 22 young people from the Netherlands took over the whole house and came to taste a bit of life in the bush. The first shock is often the latrine, hole in the ground, also called a toilet here. What strikes me is that many people come up with the idea that it’s all pathetic and poor here, logical because that’s what we see on TV. I hope the worldappers, after two weeks of discovering Uganda. go home with a very nice experience and with a more positive image of Uganda, because in general the country is doing very well and also with our small project we try to contribute to better living conditions for the local people but in the end the people here have to do it themselves and they can do it!

In short, a few weeks of chaos at home where there is no time to clean up or to pay attention to children and dogs but the worldmappers gave them enough. Things are going reasonably well in the hospital as well. It was very nice that the “mini-department” just kept going when I was in the Netherlands. Ok, of course it didn’t always go as planned but the staff did their best and it was nice that it also worked without my presence. Last week I had a rotten week. When a heavy patient comes in and he or she doesn’t make it in the end, yes… then I’m disappointed. And that wants to become a nurse, well then you have to be able to take a beating, so I still have a long way to go. It’s mainly frustration, the way the staff here deal with emergencies and especially how lazy the staff can be.

Things are going well in the fields, but we need rain. Our water tanks at home are almost empty, so we need to minimise water consumption, which is not easy now that all the kids are at home during the holiday season. All are bathing, washing clothes and cooking food, in the end you consume a lot of water. On land we are now installing as many water supplies as possible so that when it rains we can catch and store everything for the dry season. Soon an anniversary of the project. The women have chosen the name Bivamuntuyo which means “It comes from sweat” which is also correct, because these women work themselves 3 days a week in sweat to make the project succeed.
It is nice to be part of such a team. Always a smile or a friendly word from the ladies and you see that the family benefits from the money they earn for the work. Soon a 1-year anniversary. We hope to take the women to a demonstration farm and to a soap making workshop, which they really want to learn.

For the rest there is not much news to report. Kim and I started a blog because not everyone is waiting for those long stories of mine on my website and they regularly feature adventures in Uganda. 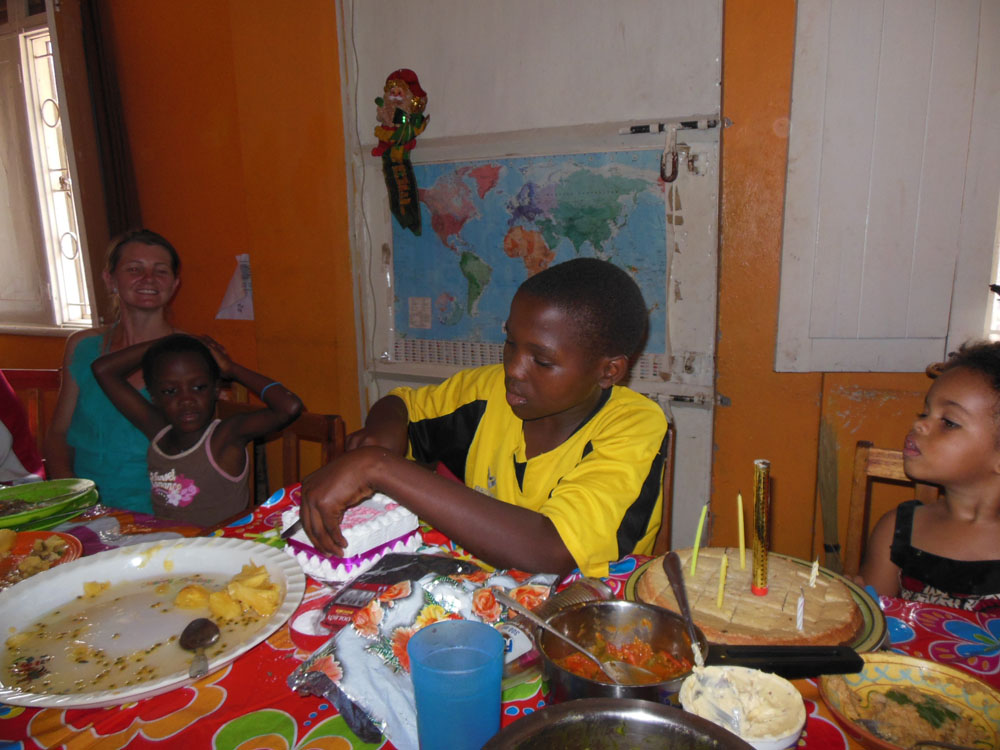 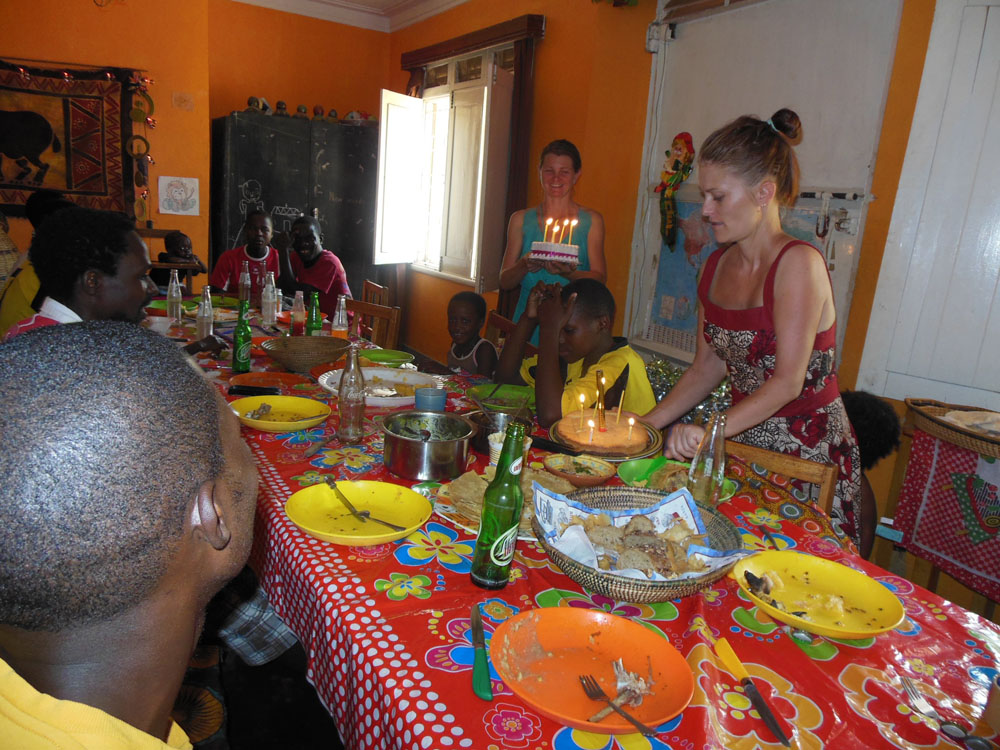 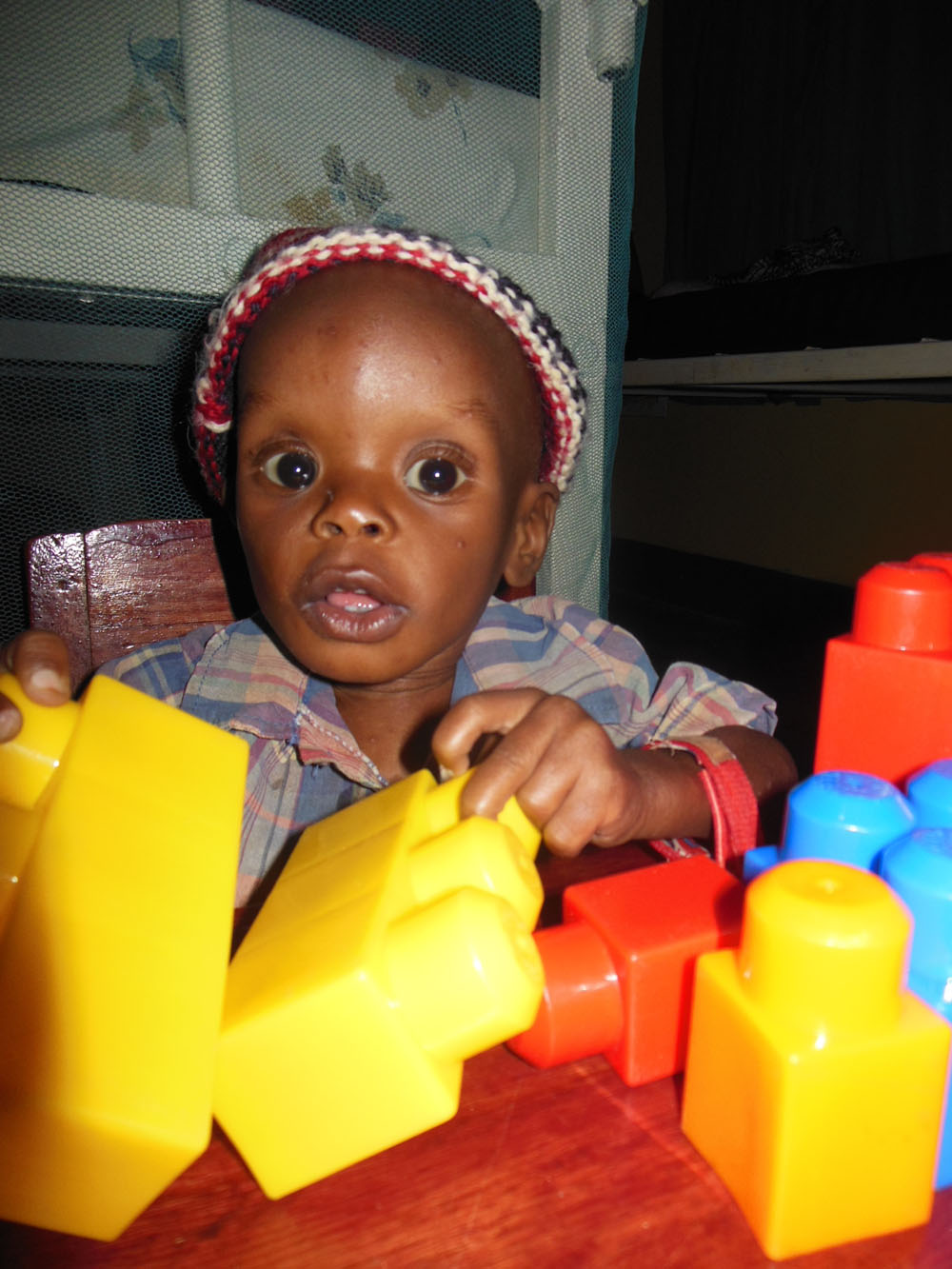 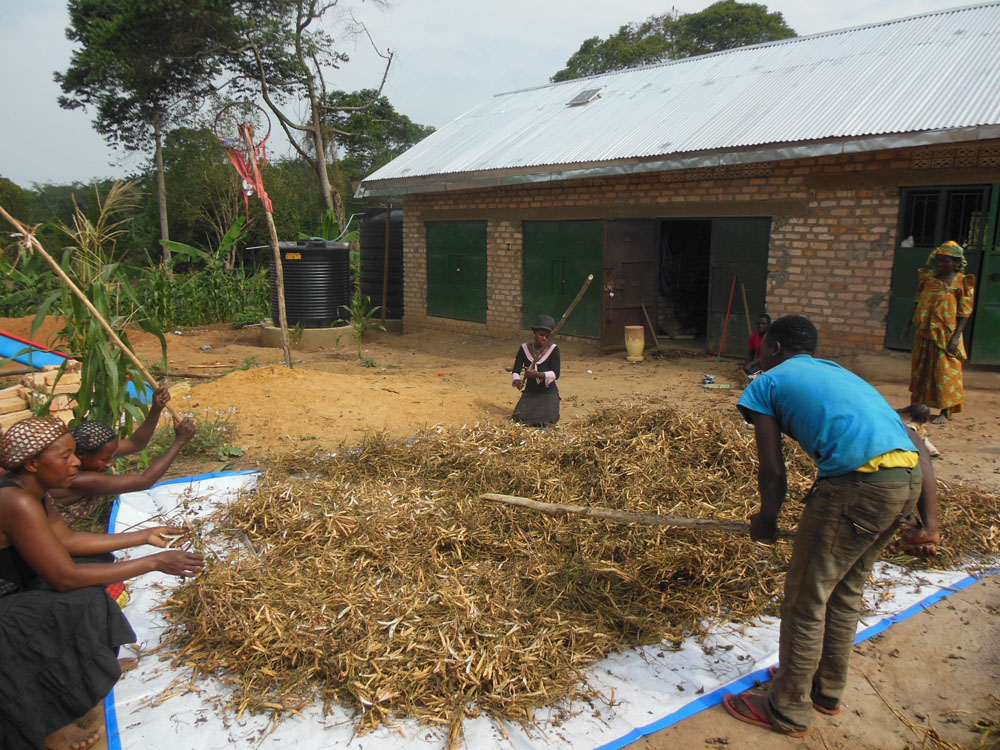