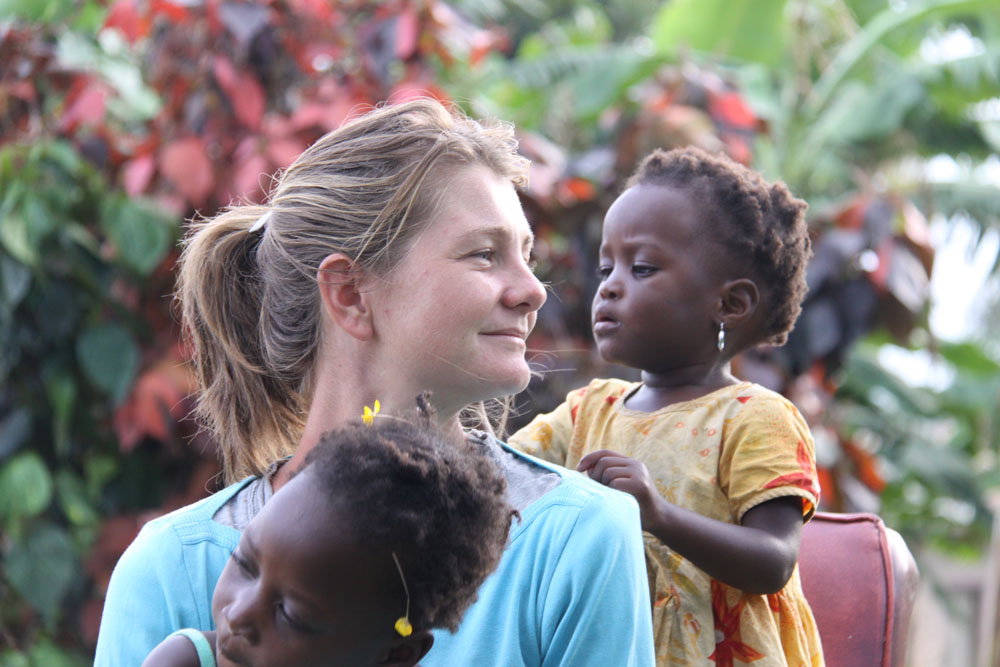 The Dutch organisation Be More has been stationed here since last June. They work here together with 7 projects, set up by Ugandans, to which they send volunteers. When they were looking for projects I helped them a bit and so the hospital, where I have Frank and Saige from, is now a Be More project and it is running very well. The doctor really likes it and the volunteers are enthusiastic as well. So am I, because every month there are new volunteers with whom I sometimes have a lot of fun and who regularly come by on weekends to drink a lukewarm beer on the hill. My social life has improved enormously and that gives me new energy. It is very nice to be able to chat with “western people” for a while. They understand what you’re talking about and are also more emotionally involved. I really miss that about the Ugandans. You can’t blame them, life here is hard and you can’t sit and roar about every little thing (because then you can roar all day long). You cry at a funeral and for the rest you keep your strength up.

I was recently at a funeral of one of Rosah’s nephews. A year and a half and actually died of a vague illness. Because the medical care here is still below standard (I never want to get very sick here) the people here are dying of diseases that are so easy to fight, that’s very sad.

Anyway, all funerals are at 2 or 4 o’clock, including food. When someone is dead, a moped passes through several villages and through the megaphone it is announced who is dead and what time the funeral starts. For Muslims, the deceased is buried the same day, with the rest often a day later. If the dead person is transported by car, then the car first drives over an egg before departure so that nothing will happen to them along the way. I regularly see bicycles passing by where the corpse is tied up on the back (supported by elongated poles the corpse lies on the back) the people then have little or no money to take the deceased to his/her final resting place with a car or a moped. Children and people with little money are generally wrapped in tree bark and thus buried, the somewhat richer in a coffin that can be bought on every street corner.

Men and women sit separately, so there isn’t a husband around who puts a firm arm around you (being a woman) and you can express your grief. The body is laid out in the house. I was too late, so I quickly entered the house. The child had already been packed but was unpacked again because we had to see it. Immediately after that we all went to the grave and within 5 minutes it was done, unbelievable, every now and then eating between the banana trees and listening to the gentleman reading the note with all the people who donated for the funeral because that’s what everyone does (so it’s a long list) no matter how small the contribution is.

Since a lot of people die here and there is no mourning therapy or other shelter, life goes on very quickly. Not free from work because the next day there has to be food on the table again. A hard life and actually nothing compared to the life I am allowed to live here, although for many western people it is already very basic and impressive.

Let’s come back to Be More. In general they have community projects. They try to build a bridge between two cultures. All projects are set up by Ugandans and by working with volunteers two cultures are brought together where knowledge can be shared and where volunteers can offer a helping hand. Sometimes volunteers come up with great ideas, for example a plantation for disabled people. Many people with disabilities only sit at home and are not seen as fully fledged. The volunteers have managed to get a piece of land and now food is grown on it with and by disabled people, fantastic.

Trips are also arranged to see elephants and lions. Jeroen, the regional coordinator (he is stationed here for two years) coordinates things here and makes sure the volunteers are supervised. I try to help him a bit again and am glad there is someone around who will stay for a longer period of time. Then you build up more and even start talking nonsense things, delicious. It’s very nice to meet the volunteers but they always leave so I can’t build up too much with them. And I like to do my bit for Be More because a lot has happened in the year and a half that they are here. Schools are being built, community projects are being expanded, chicken projects are being set up and so on and so on, and that only through cooperation and perseverance. If someone is looking for an organisation to volunteer, I would definitely recommend Be More… They also have projects in Malawi and South Africa but Uganda is the best….

Mid February (oh what a long time ago) I was addressed in Kyotera by a man who asked for help for a mother and daughter. They were both malnourished and in urgent need of help. I already had my hands full with all the kids at home and I didn’t really feel like a new problem but I had to go and have a look. All the gods, what a sad sight it was. A 16 year old mother and a one year old child who were both skin and bones. The child couldn’t even cry and eat because it was so starving. What a distressing situation. I knew I couldn’t take them home like this, they needed professional help and had to drip for dehydration. I bought everything (bedding, blanket, clothes, tub, thermos flask, soap and the whole rattaplan, because you don’t get anything in the hospital) before we went to a special hospital in Masaka for malnourished children. There they were admitted and every week I went to visit them. Mother (Resty) was in bad shape and her daughter (Betty) even worse. Slowly things got better and after 6 weeks they were discharged from the hospital, so mother and daughter were taken home. That was a difficult period. The mother didn’t care about the child and had no interest in the child either. She just went to sleep herself and the child screamed for attention and love. Talking to Resty over and over again, after all it is her child and I understand that it is not easy, but I have my hands full with the other children. Now they have been with us for almost a year and slowly things are getting better, but still there is little love for the child and she needs it so much. Resty helps with the housework and quickly picks up the English language. She is a spirited teenage mother but I can also laugh with her. Sometimes I get tired of it and she has those days when it seems like Betty doesn’t exist for her. Also in terms of hygiene she is not the cleanest and such a child is sick for the slightest reason and so are we. She is also in her adolescence and I don’t want to blame her all the time.

But this uninterested attitude sometimes sticks out of my throat. Then I yell at her and quickly get angry. That’s no fun either and then you end up in a negative spiral, so I have another conversation to point out to her that she has a responsibility and I can’t watch Betty all the time. It costs me a lot of energy but in the end I know it will be all right. Resty wants to go to high school and that is great. During the day she can go to school and we look after Betty. Every month she gets a small salary, half of which we put in a jar and save up for Betty’s school fees. Betty is a lovely cuddly animal, in the beginning her buttocks were so small that they sagged through the jar, now she is a nice fat animal whose buttocks barely fit on the jar, so nice and firm.
Because of these two ladies I am extra driven to set up a hospital for malnourished children, the result gives a lot of energy and helping these helpless children gives a lot of satisfaction.

As a result of the Libelle interview I received a lot of reactions from people, very nice. It’s still very special to receive a sweet e-mail from people you don’t know (and of course also from people you know) and that they take the trouble to let you know that they appreciate your work. For me this is my life and therefore normal. But I realise that for many people it’s not that ordinary and that you get appreciation for your work. Some people would like to make such a step, I would say just do it. Thank you all very much for the reactions, it does me very well.

That was it for this time.
There are still many stories to write and many adventures to experience……till soon. 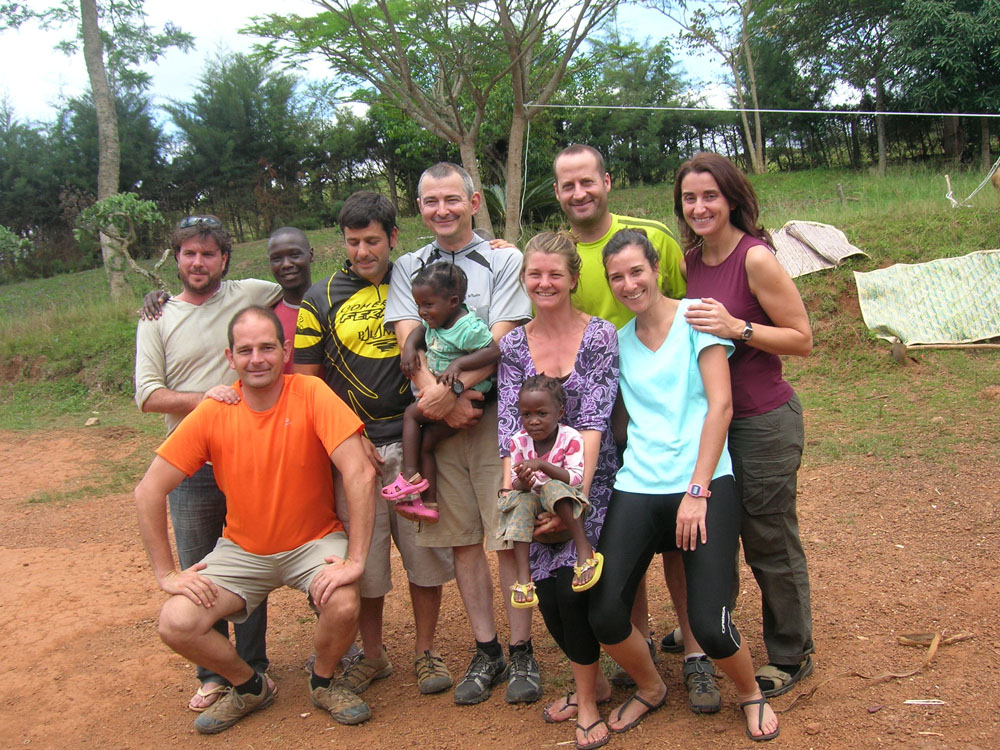 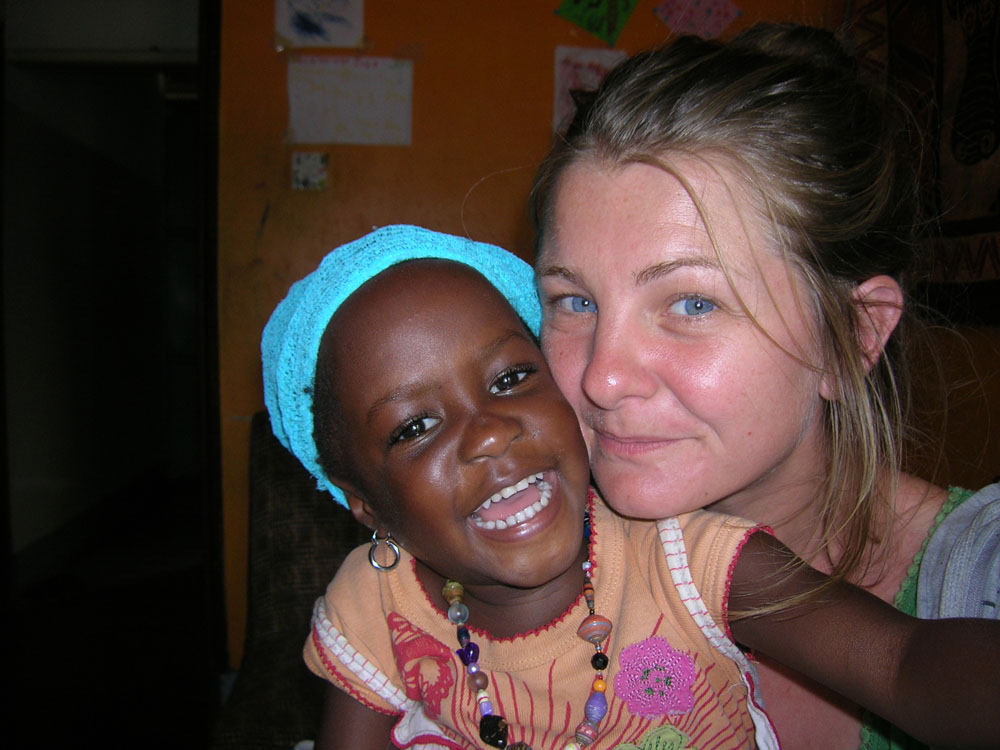 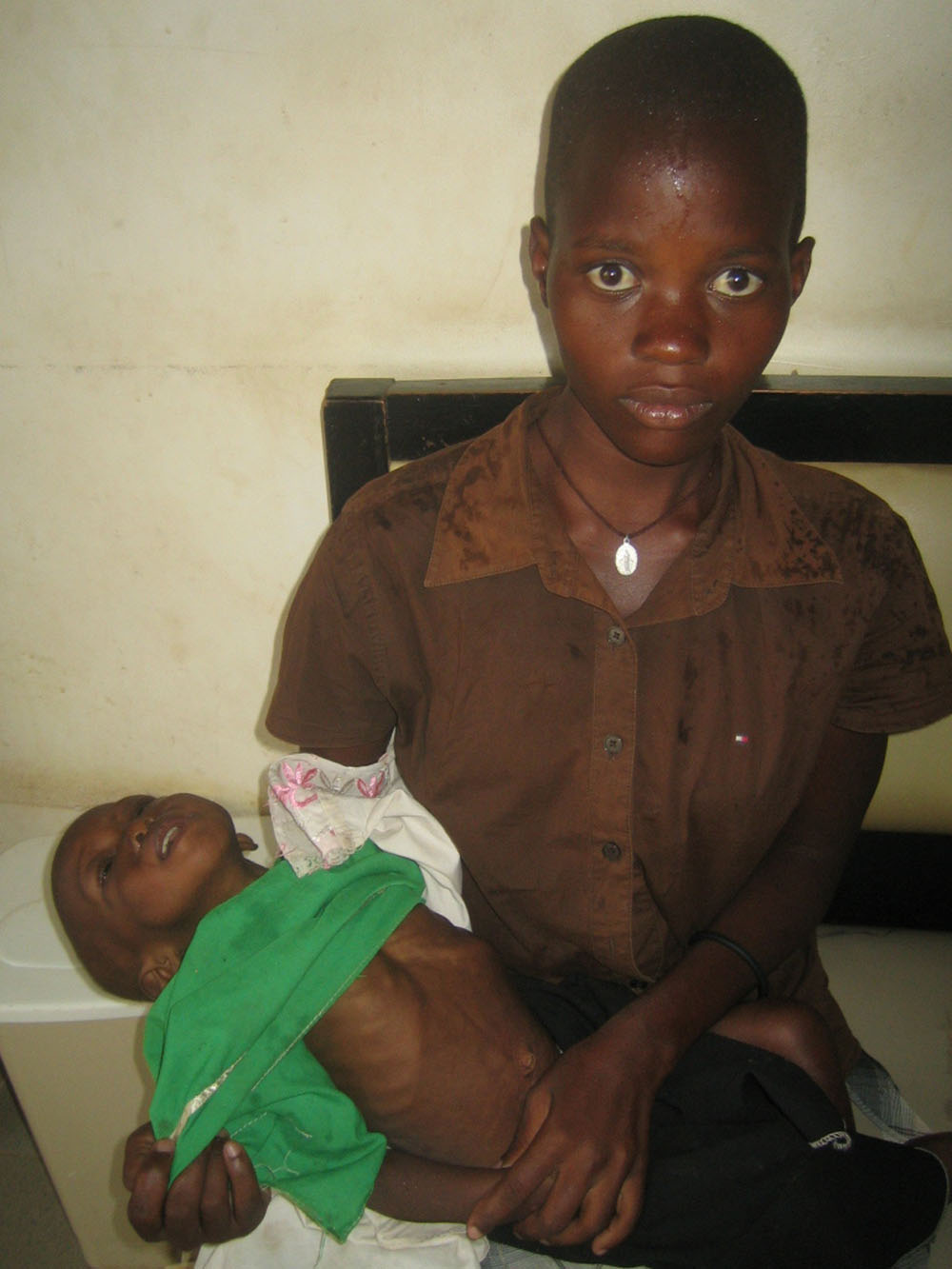 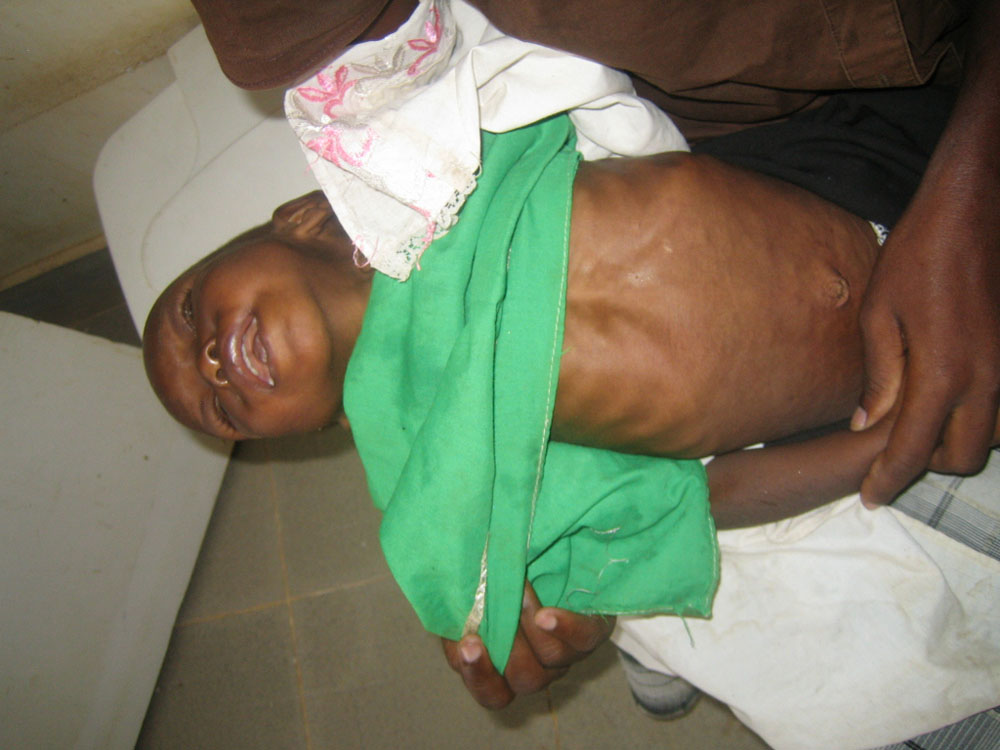 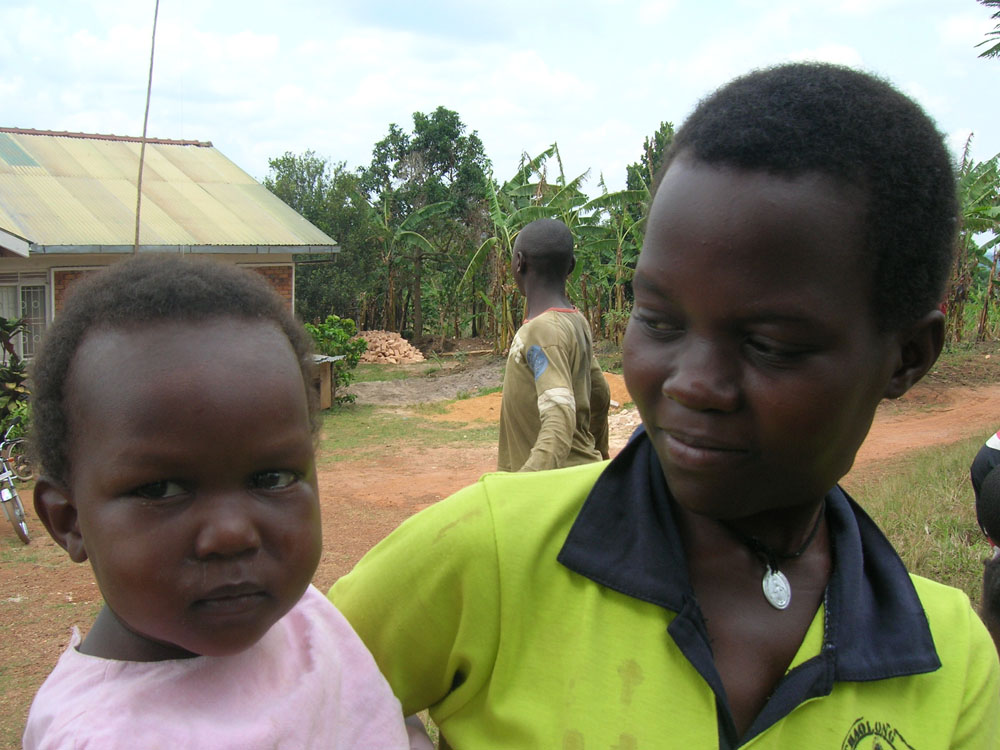 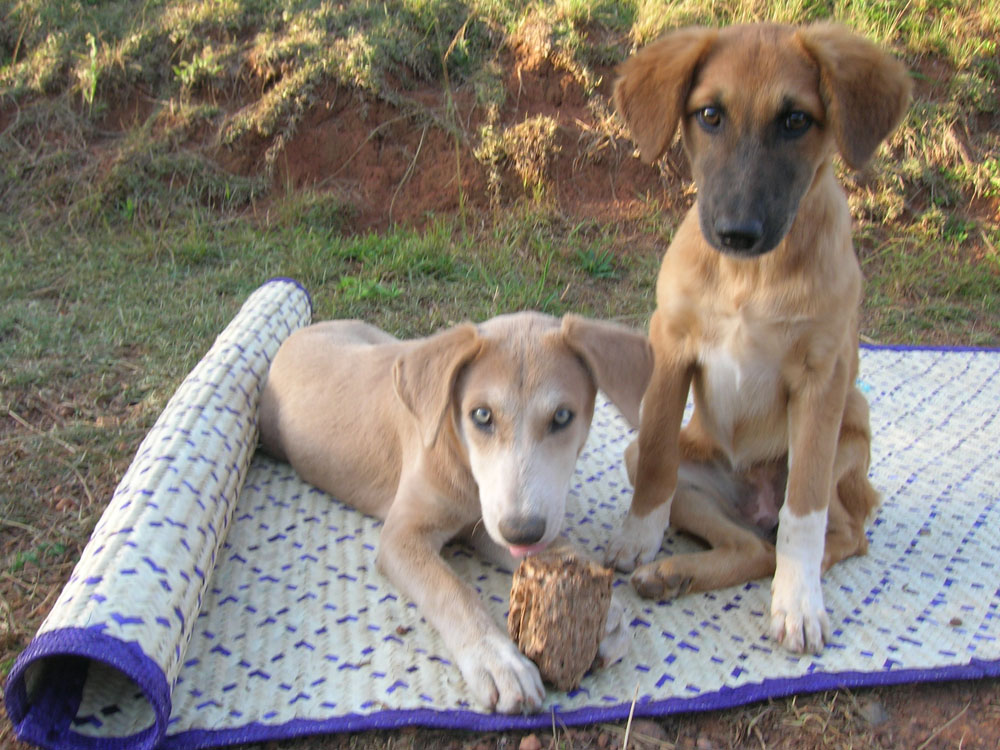 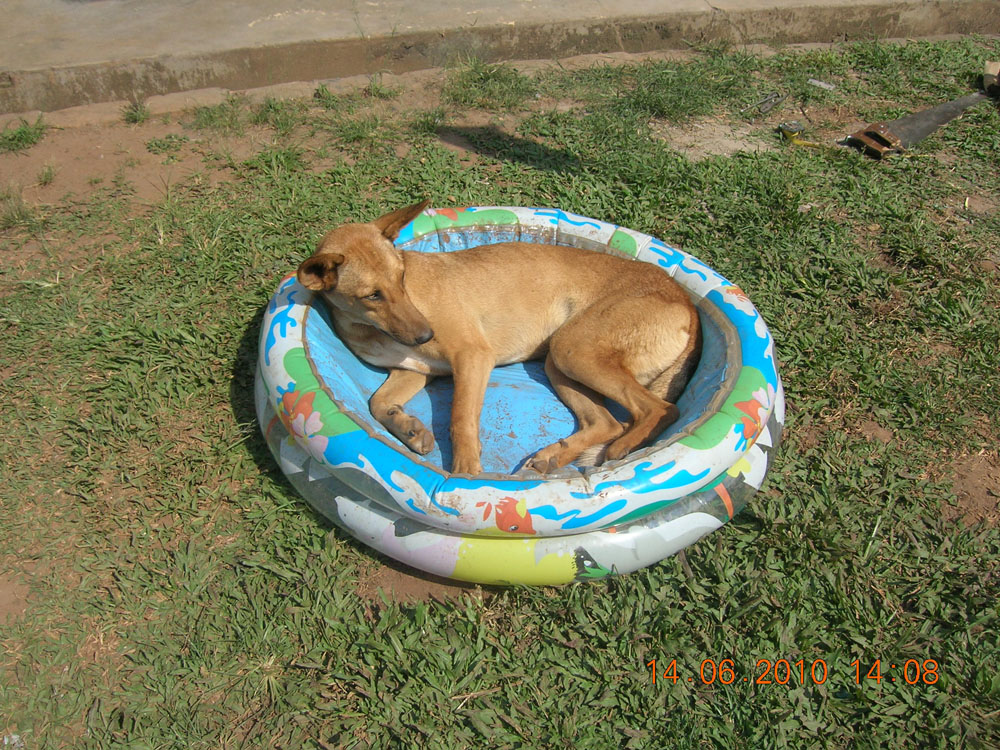 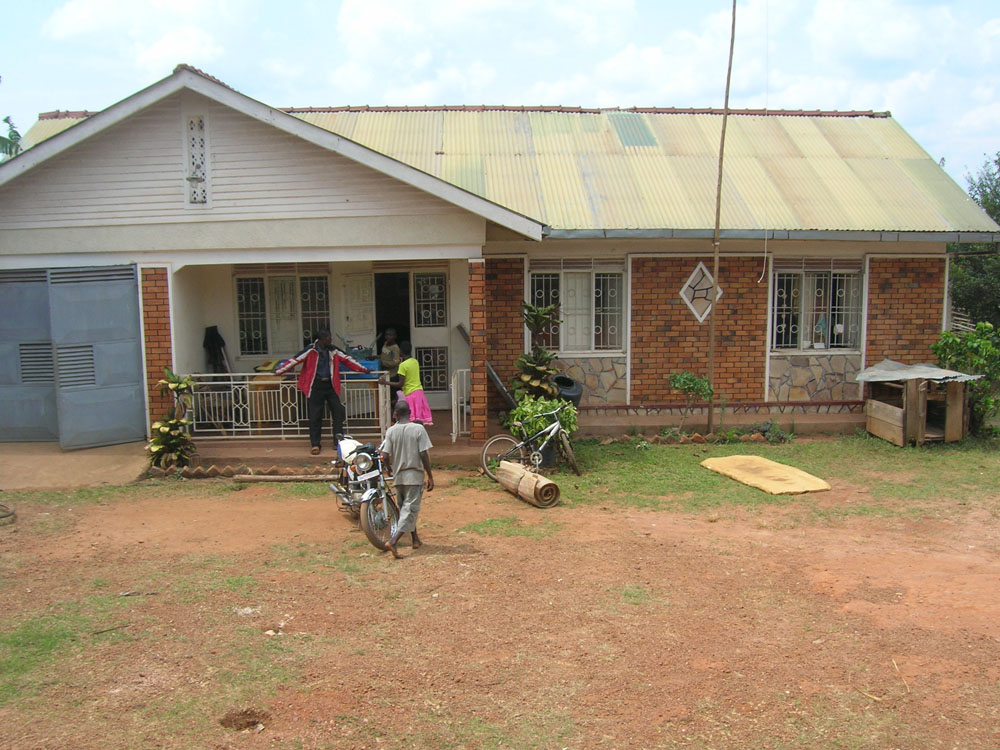 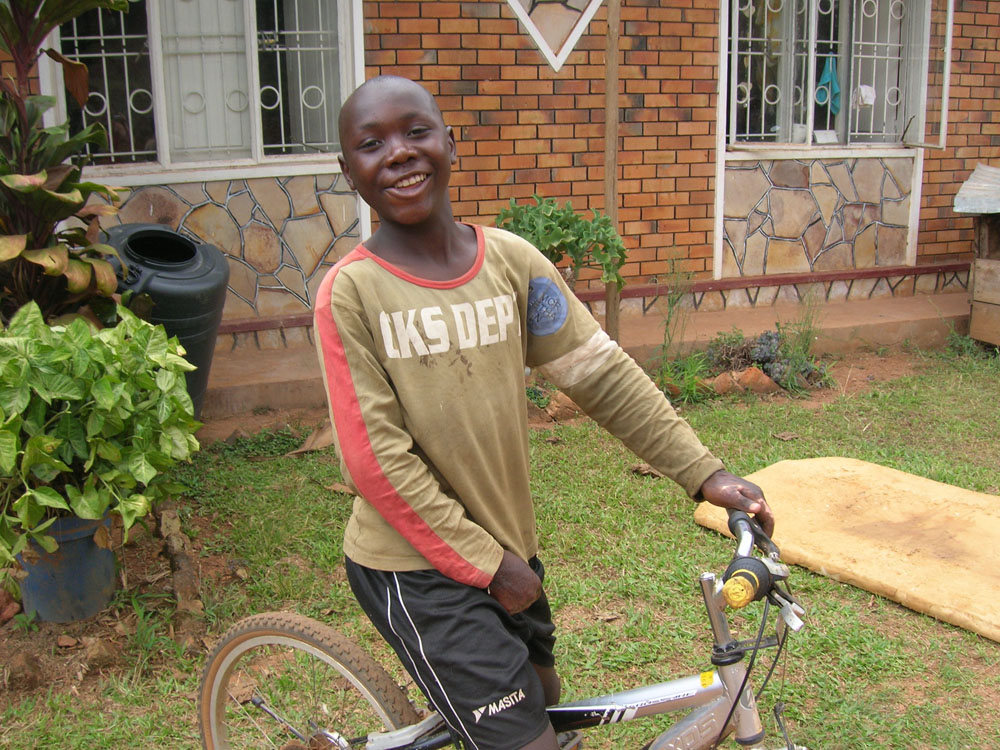 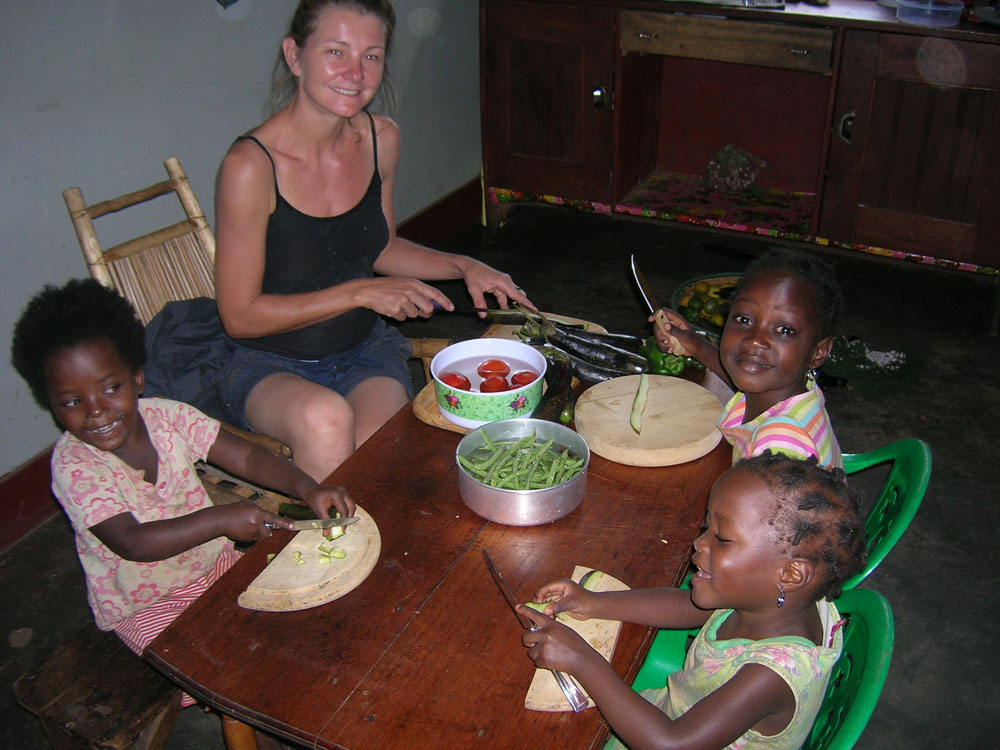 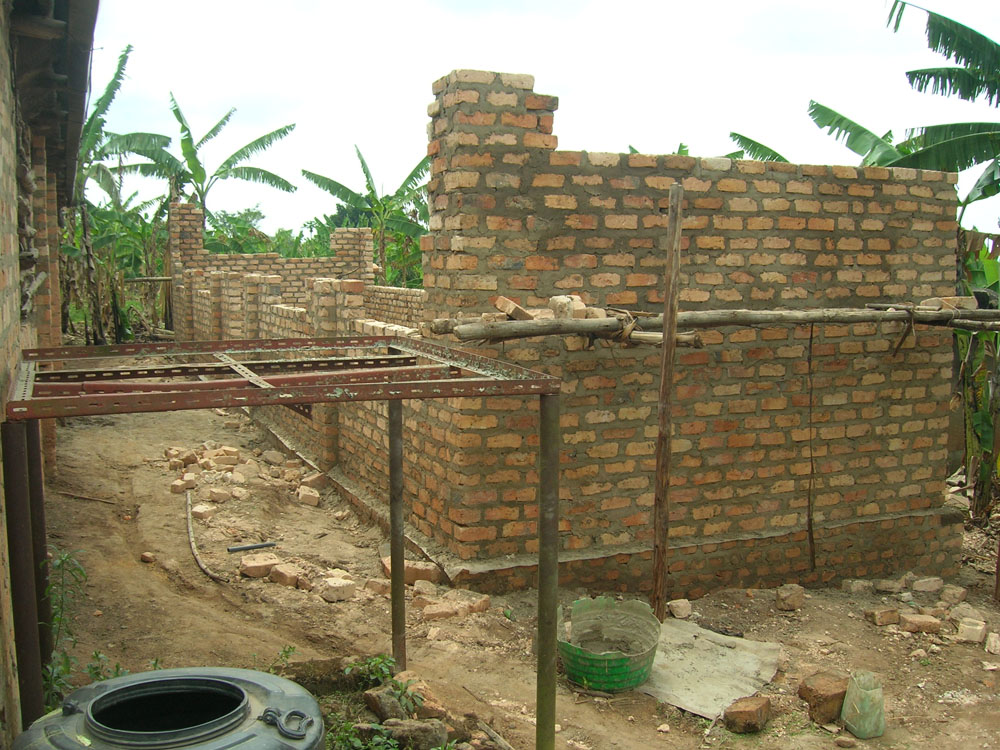 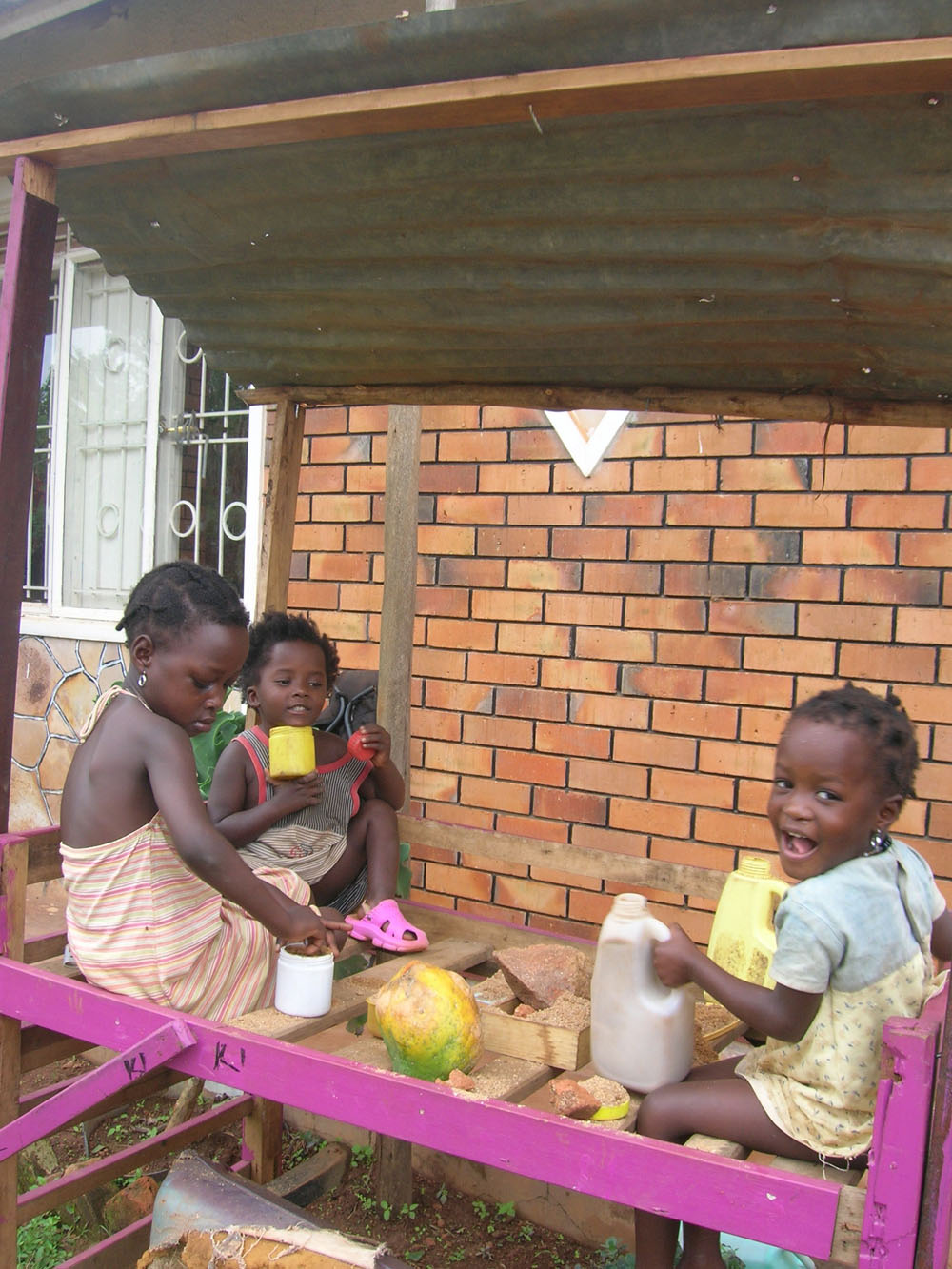 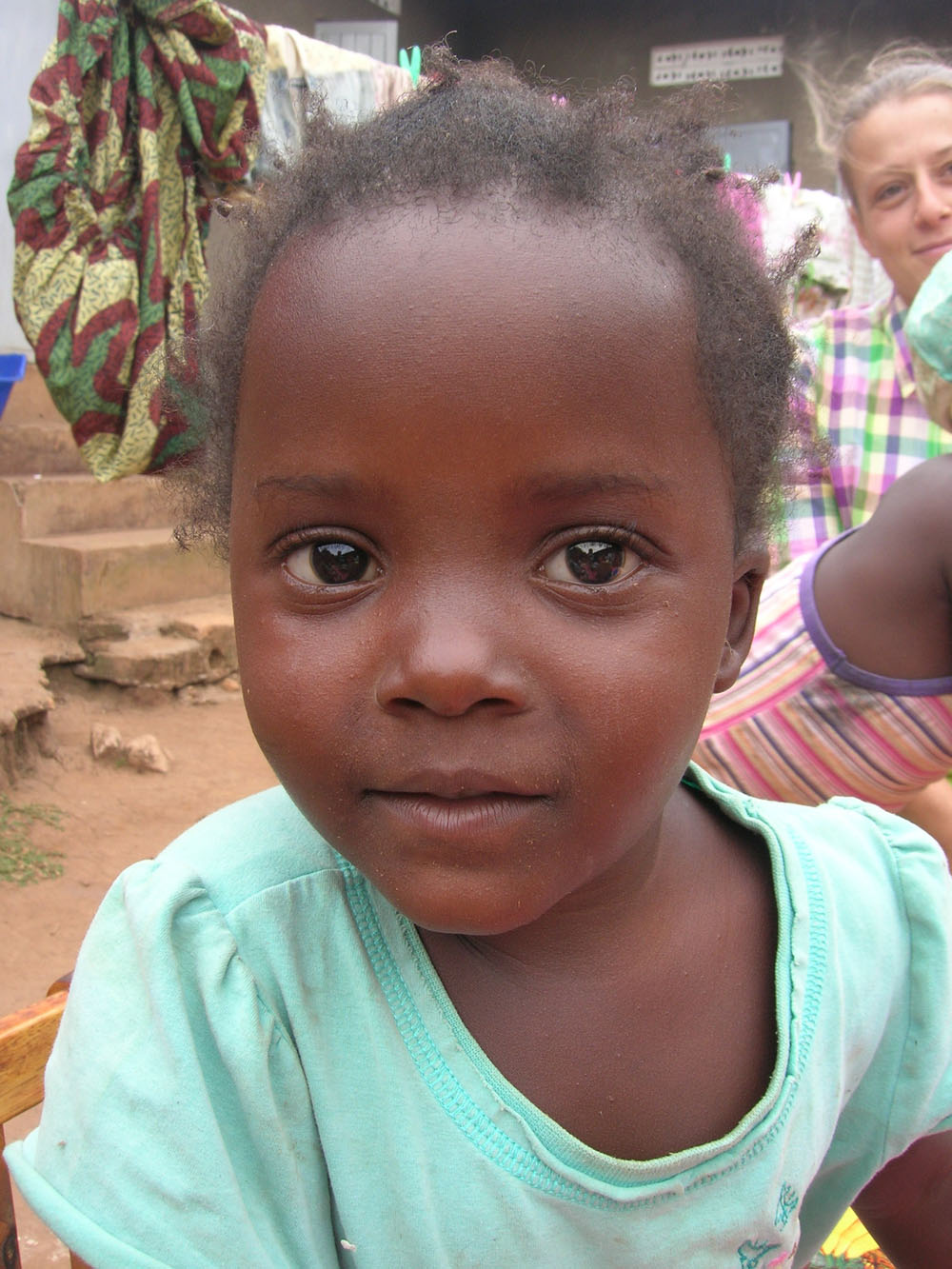 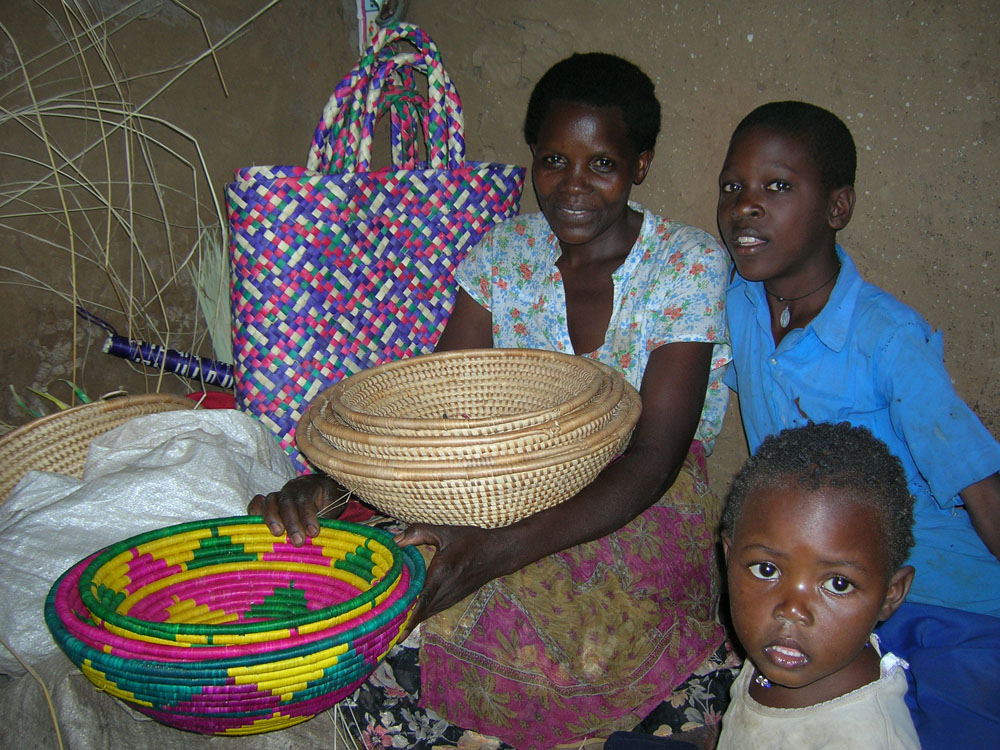 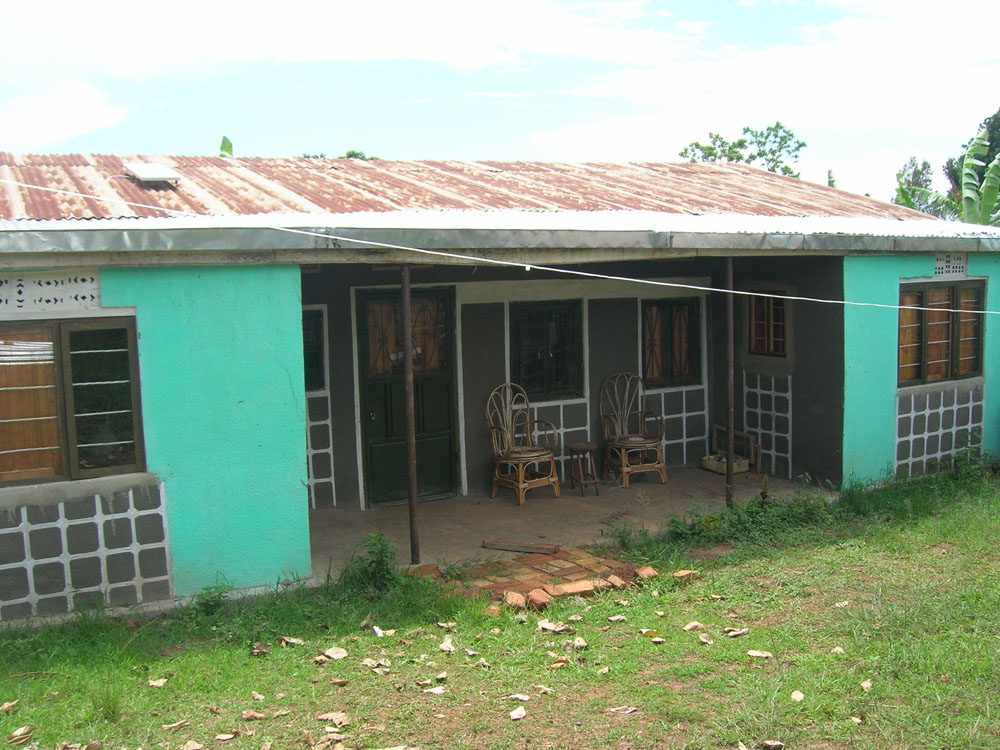 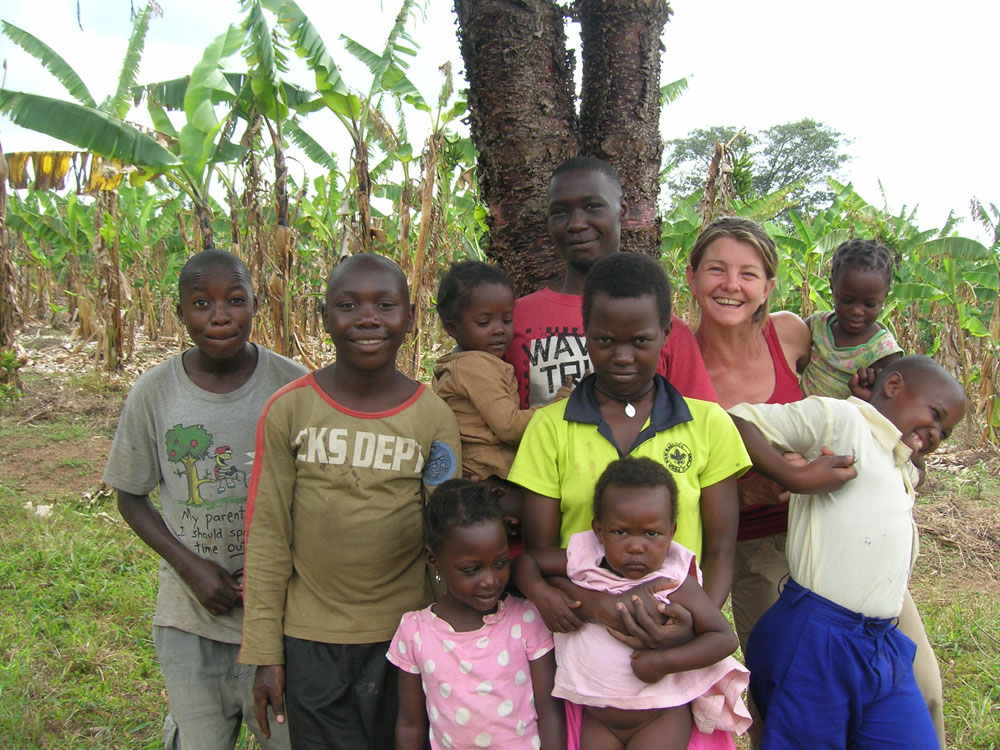